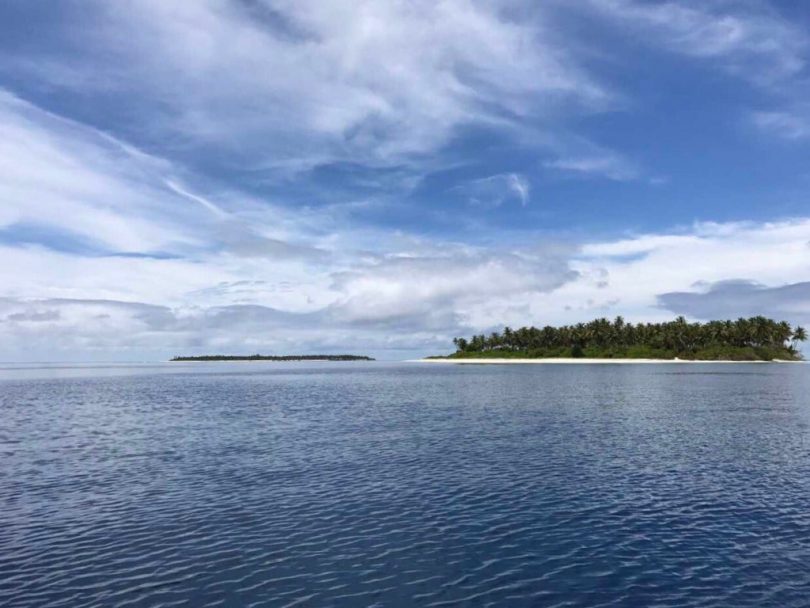 4.Saved by the bullshit?

Saudi King Salman has postponed his trip to the Maldives indefinitely.

Three resorts cancelled their bookings to accommodate the King and his entourage; the Republic Square in Male’ was whitewashed and made ready for the King’s landing in a helicopter; the jetty was spruced up; his special yacht sailed into Maldivian waters in advance, along with a navy ship to look after his security; and Maldivian parents risked their children’s lives by sending them to practice a welcome dance for the King during a deadly flu outbreak; and President Yameen combed his feathers and puffed out his chest an extra foot.

In the end none of it mattered, the King decided he is not coming. Not yet; maybe never.

What changed the royal mind? The International Spokesperson for the President explained it was the H1N1 flu that kept the King away. As explanations go, it’s pretty lame, given the wide availability of flu vaccines and the fact that King Salman is travelling with not just medical staff but an entire hospital. No, what seems more plausible is that it’s the Maldivian motor mouths that have put this King off his planned paradise getaway.

First to open his mouth was the President himself who told the starry eyed people of Faafu Atoll Magoodhoo that ‘the Saudi government, or members of the Saudi elite’ had fallen absolutely madly deeply loved their atoll. They were going to show their love by opening their wallets and giving Faafu the kind of makeover that would make it unrecognisable as an atoll in an island archipelago.

The Saudis do not want agitation, they do not want chaos. The deal had been in the making for months and months, and would have been signed aeons ago if not for the uncouth behaviour of Maldivians who, unlike their Saudi brothers and sisters, would not shut up and follow whatever rules their leaders decide for them. Calm down for development, he said.

The President’s bragging did not create the docile citizens he hoped for. It set tongues wagging instead. Pretty soon everyone was talking about the Saudis and Faafu – what does Yameen mean by investment? Is he selling Faafu? How much is it being sold for? Is it legal? What will I get?

The ruling party was caught between its desire to boast and its promise to the Saudis to keep the whole thing secret. So they got paid hacks in on the job, and got them to write ‘colour pieces’ which in reality were long odes to the sanctity of the Saudi Royal Family, and their undying love for the Maldives.

Strategic decisions, that no doubt looked cerebral from the perspective of the ‘top brass’ that were making them, were arrived at to ‘emphasis the Islamic angle’ – it’s okay to sell to the Saudis because they are 100% Muslim, ‘just like us’. The same hacks wrote more column inches glorifying unchecked capitalism—oh, imagine the beauty of a Burj Khalifa arising from the Maldivian sea; we will be Dubai! we will be Singapore! Ah, blessed development, Islamic capitalism. Glory be.

And then there were the teams of foreign journalists flown in, all expenses paid, to write articles that would, hopefully, make the deal more palatable to the international community. Perhaps it was also meant to attract more foreign ‘investment’. Anyway, the motive doesn’t really matter, because what all the coverage ended up doing was seriously piss the desert royals off.

Pretty soon the Saudi Embassy in Male’—run from an annex in the President’s Office—broke the silence by putting out a statement denying that the Saudi government had any interest or plans to buy Faafu or make an investment in the Maldives.

The statement created even more confusion—it denied any involvement of the Saudi government, but not of the Saudi royal family, which is what Yameen had been ‘hinting’ at so very subtly. More tongues wagged in the Maldives, while over to the east in Indonesia,  Bali suddenly appeared so much more attractive to King Salman that he decided to extend his stay there. His scheduled arrival in the Maldives was suddenly delayed by a good week or so.

Despite the palpable royal displeasure, preparations continued in Male’ for the King’s arrival: opposition HQs were raided several times, rolls of fabric [that could have ended as a protest banner] were confiscated; and activists were dragged to the police station and their phones taken away. Through it all the general brainwashing continued with substantial success [see following comment by member of public on Saudi deal].

So much ignorance in one statement. Hurts the head. pic.twitter.com/iD0rKyJ3Bq

I don’t have any concerns about the Faafu Atoll project because whatever happens those who are coming here are from a 100 percent Muslim country. In my view he (Saudi King) is the leader of the world’s Muslims. So, given that we are a 100 percent Muslim nation, there is great trust in my heart that, because they are Muslims, they will not do anything to hurt us citizens in anyway.

So what was the straw that finally broke the camel’s back, so to speak? What persuaded King Salman that it is far better to stay away from the Maldives than it is to spend a week swimming in its beautiful seas, snorkelling with the fish, and forgetting the pressures of being a royal?