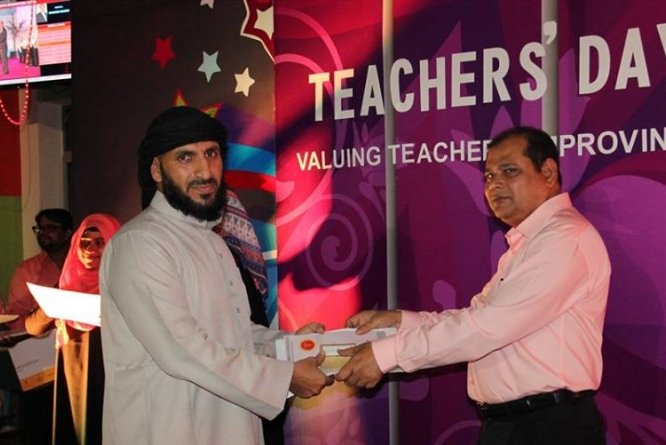 A Yemeni resident in the Maldives for over a year has been apprehended and detained on terrorism allegations, reportedly at the behest of Saudi Arabia.

Yasir Yahya, a teacher of Arabic at Ahmadiyya and Arabiyya schools, was arrested at around 23:45 on 3rd March. Both schools have confirmed this.

The same source that revealed Saudi strings behind the arrest also reported that the Islamic kingdom demanded that Yahya be promptly deported.

The Saudi Embassy in the Maldives had not responded to calls at the time of publishing.

Yahya had faced pressure from authorities prior to the arrest as well – with immigration services placing him on its watch list, attempting to terminate his resident visa, and summoning him only to demand his immediate departure from the Maldives.

Since then, the Controller of Immigration has successfully terminated Yahya’s resident visa, as is his prerogative under the Maldives Immigration Act.

The court order authorizing his arrest delineated the school teacher to be suspected of recruiting locals to an international terrorist militia. The warrant, signed by Judge Abdul Baaree Yusuf of the Criminal Court, was based entirely on an intelligence report compiled by the police.

Officers had also searched Yahya’s home in a bid to confiscate his passport, which he refused to hand over on the grounds that it was ‘not property of the Maldivian state’.

Ahmed Shifan, spokesperson at the Maldives Police Service (MPS), confirmed that a Yemeni individual has been apprehended and handed over to Maldives Immigration, in relation to a serious ongoing investigation – immigration services have reaffirmed this.

However, both institutions refused to reveal ‘additional details of ongoing investigations’.

Yahya is detained at the Immigration Detention Centre in Hulhumalé, the capital’s larger and fast-growing extension. A source from within the centre reported that a doctor and nurses, from the Hulhumalé Hospital, had conducted an unspecified head surgery on him.

Yahya and his Maldivian wife are expecting a baby.

His arrest comes just two weeks ahead of Saudi King Salman Bin Abdulaziz’s arrival in the Maldives. King Salman, who was then defense minister, had in 2015 ordered the bombardment of the Saudi-Yemen border on the grounds of eliminating the Houthi rebel movement.

Ahead of King Salman’s visit to Kuala Lumpur, Malaysian authorities last month announced that it had thwarted a ‘Yemeni’ assassination attempt against him which was to be executed through ‘a vehicle-borne improvised explosive’.

Seven, including four Yemenis, two Malaysians and one Indonesian, were arrested.

King Salman will arrive in Malé on Saturday, as part of his highly publicized and extravagant tour of Asia. The Islamic kingdom’s sovereign has reportedly reserved three island resorts, an escort of at least 1,500 strong, 25 of his royal relatives, ten cabinet ministers, and at least a hundred security personnel.

It is clear that his security is no light-hearted matter to the Maldives, as security forces have cleared the harbour overlooking where King Salman is to arrive – reportedly by helicopter – and is renovating the area overlooking it.

The Boraida 902, a naval support ship operated by the Saudi Royal Navy, has also been anchored in Maldivian waters for a week now, with Maldivian Coast Guard units offering heavy security to the auxiliary ship.