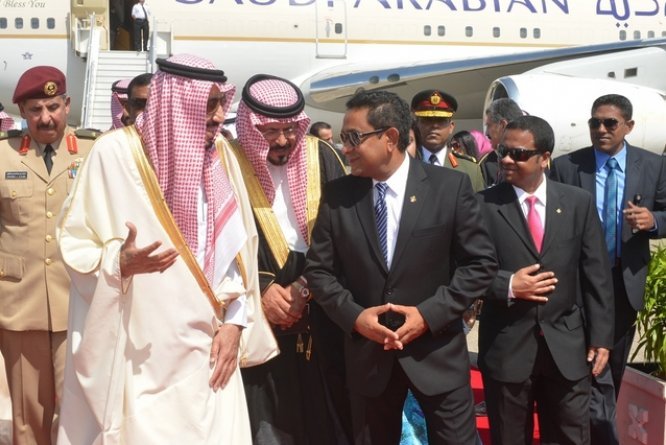 Here is a loose translation:

Vilimalé member and PPM Parliamentary Group leader Ahmed Nihan Hassan Manik has said that the Saudi royal family wants to keep the deal of buying Faafu Atoll as a secret.

In the leaked audio of Nihan he has said that the current prince and defence minister of Saudi Arabia, Mohammed Bin Abdul Azeez wanted the land to be allowed to be owned by them.

Nihan has said that the amendment to the Constitution to allow foreigners to own land was undertaken as Prince Mohammed wanted to buy part of Faafu Atoll, however, the Saudi Royal family wants that “deal” to be kept as a secret.

If Saudi wanted, that would have been written down clearly when they amended the Constitution to allow foreign ownership of land in the Maldives.

But as the deal was done in secrecy the Saudi royal family does not want anyone to suddenly be aware of this deal, Nihan said.