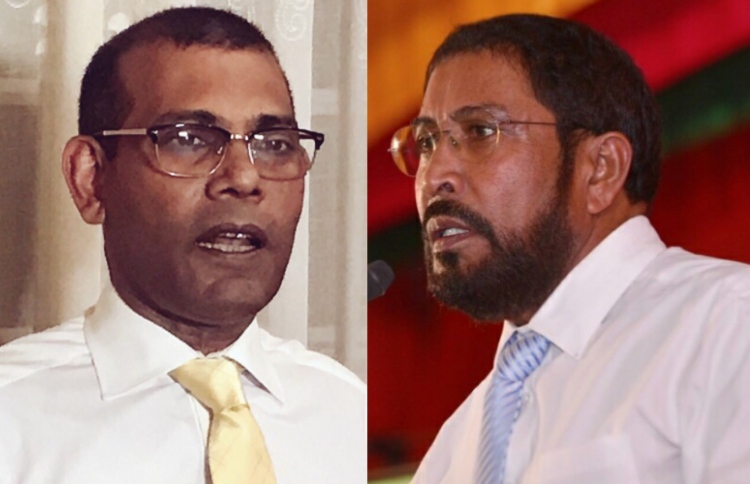 A feud has been ignited between social media activists of opposition parties, Jumhoory Party and Maldivian Democratic Party (MDP), after a poll taken by local television station Raajje TV, to find out the most eligible opposition candidate, ended in JP leader Qasim Ibrahim’s favour.

The poll by Raajje TV was to find out which opposition candidate would be able to defeat President Abdulla Yameen in the coming Presidential Elections. While MDP candidate and former president Mohamed Nasheed, who is a popular social media personality, lost the poll, it is notable that he got even fewer votes than religiously conservative Adhaalath Party’s leader Sheikh Imran Abdulla.

More than 10,000 people voted in the poll. Qasim had the biggest lead with 40 percent of the votes. Sheikh Imran got 30 percent of the votes. Nasheed and former president Maumoon Abdul Gayoom landed in the bottom with 25 percent and 2 percent respectively. A lot of criticism, particularly from MDP activists, was aimed at this poll. According to them, such a judgement cannot be based on a mere 10,000 social media voters.

JP has been accused of spending money to gain votes for Qasim to win the poll. MDP supporters went on to claim that the only one who can win this election is Nasheed. They also said that JP cannot be trusted with the country as they had been previously involved in the coup that ended Nasheed’s presidency.

JP supporters were quick to come to their leader’s defence. Supporters of the party responded to the criticism saying that Qasim had proven himself to be worthy even in the previous elections. They declared that he was the only one with the capability to take up the full responsibility that comes with the presidency.

Some of the backlashes from the MDP supporters was aimed at the former Home Minister Umar Naseer who joined JP quite recently. He had come out of a long political hiatus and MDP supporters accused him of trying to break up the opposition coalition.

The poll has given rise to heated arguments between the relevant parties and their supporters on social media.