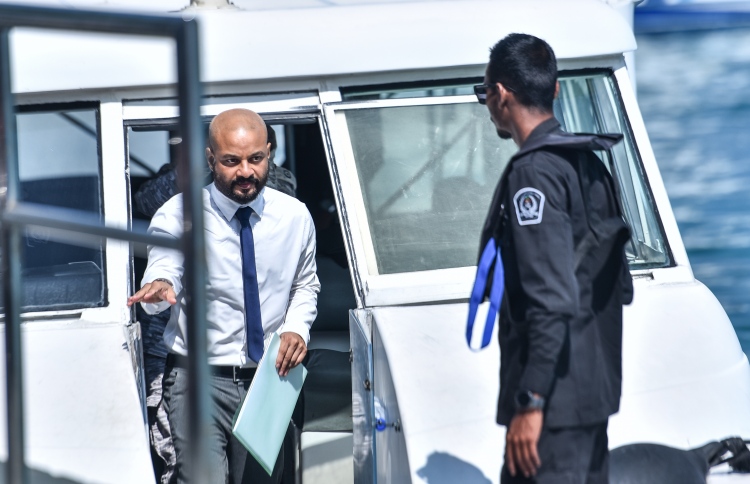 The lawyers of Dhiggaru MP Faris Maumoon have decided to file a case against his current incarceration at the United Nations’ Working Group on Arbitrary Detention.

The son of former president Maumoon Abdul Gayoom, Faris was arrested under accusations of bribing lawmakers to garner support for the opposition lobbied censure motion against the parliament speaker. He has been detained until the end of his trial.

His legal team confirmed that they were looking to submit the case to the UN Working Group in the coming week.

Faris’ lawyers had previously appealed the Criminal Court’s decision to detain him. While the High Court has ended his appeal hearings, it has not issued a verdict yet. His lawyers had voiced concerns regarding the prolonged delay of his verdict and filed complaints at the Supreme Court.

While Faris’ legal team is looking to the UN Working Group to end his detention, the government had rejected previous rulings of the Working Group with regards to political leaders. Most notable are the cases of former president Mohamed Nasheed and former defence minister Mohamed Nazim, who are sentenced to jail for terrorism and weapons possession respectively.

The Maldives’ government maintained that there is no obligation to conform to the rulings of UN Working Groups.