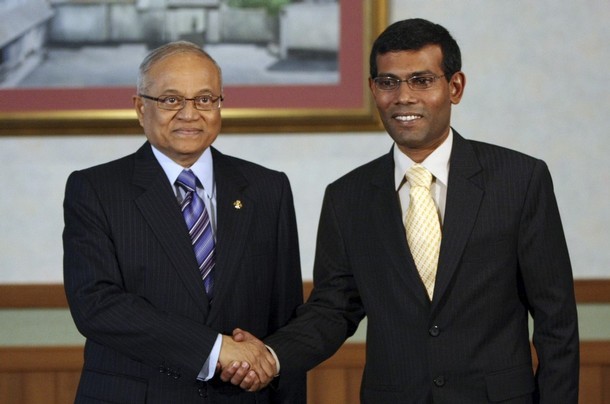 Following Maldives Correctional Services (MCS) decision to not extend Qasim’s medical leave for the second time, both Maumoon and Nasheed criticized the decision on Twitter.

Former President Maumoon, who had served the nation from 1978 to 2008, highlighted that Qasim’s doctors in Singapore have said that he “needs more time to recover before traveling,” adding that it is “essential that the Maldives government responds favorably“.

His successor and the first democratically elected President of the country, former President Nasheed said that the JP leader “should be allowed to complete his medical treatment as prescribed by his doctors in Singapore“.

Convicted of bribery charges, the Maamigilli constituency MP was sentenced to three years, two months and 12 days in prison in late August. He was sentenced in absentia, in a hearing held late at night, as he was admitted in Indhira Gandhi Memorial Hospital (IGMH) during the sentencing.

While his medical leave expires on Tuesday, he was initially granted a 10-day leave on the 6th of September. The leave was extended by an additional 10 days, after the family informed authorities that Qasim was required to undergo surgeries.

The family also noted that doctors had advised for him to stay in Singapore for three months, as his condition had to be monitored.

However, MCS, on Sunday, ordered Qasim to return before the medical leave expires, saying that the leave “cannot be extended any further“.