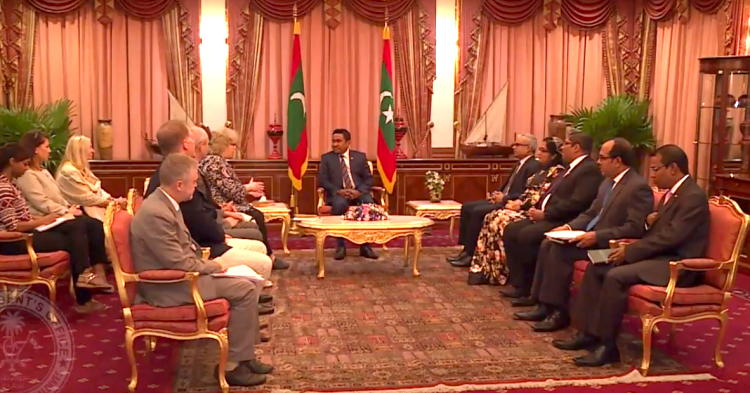 A senior delegation of the European Union is currently in the Maldives on an official visit.

The purpose of this visit is to “assess the implementation of the recommendations of the 2014 mission”.

The five-member delegation is led by former Chief Observer of the EU’s Elections Observation Mission to the Maldives, MEP Eduard Kukan, and arrived in the Maldives on Monday.

The Slovakian Member of the European Parliament and former Slovakian Minister of Foreign Affairs Kukan had led EU’s mission to the Maldives in 2014, established to observe the elections to the People’s Majlis. The mission released a comprehensive report afterwards, including recommendations for future elections.

While the delegation will be in the Maldives until Friday, it is unclear whether they have been able to secure a meeting with President Abdulla Yameen.

A delegation from the European Union (EU) Parliament was in the Maldives last October.

The four-member delegation was in the Maldives for two days, before heading off to Sri Lanka. They met with officials from the ruling party, opposition, as well as journalists and members of the civil society.