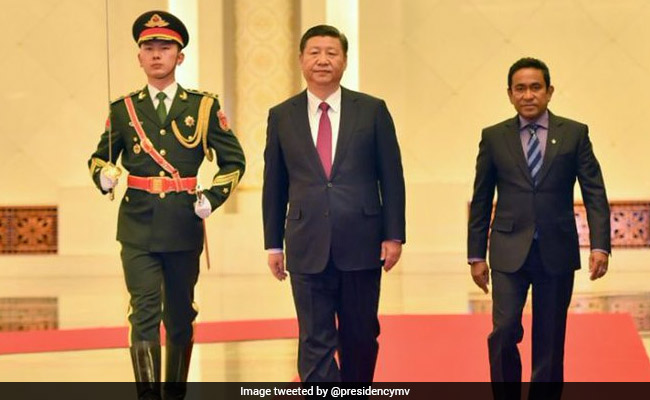 New Delhi:  The foreign minister of Maldives, Mohamed Asim is set to visit India tomorrow and will meet Prime Minister Narendra Modi on Thursday after the small island nation caused India significant concern over signing a free trade pact with China late last year. The signing of the free trade pact is perceived as a slight to the “India First” policy, which came with the assurance from Maldives’ President Abdulla Yameen, that a free trade agreement would be signed with India first.
The Maldives, which comprises of 26 islands, might seem insignificant, but the free trade agreement that it signed with China, without any debate in its parliament, has shaken India’s trust in the island nation.

After the signing of the free trade agreement, the Ministry of External Affairs had said as much, stating that the Maldives should be sensitive to India’s concerns and keep in mind the “India First” policy.

The shock of a growing relationship between the Maldives and China fuels India’s concerns of China increasing its clout in India’s own backyard, given another recent incident of the suspension by the Maldives government, of three local councillors for meeting the Indian ambassador to Male.

The Maldives foreign ministers’ incoming visit to New Delhi and his subsequent meeting with the Prime Minister thus holds significant importance for India’s ties with the island nation.