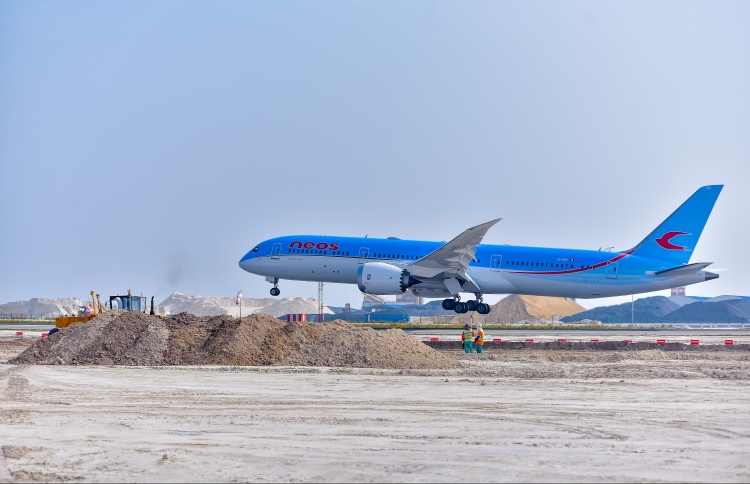 A Neos airliner from Italy lands at VIA on January 9, 2018. PHOTO: NISHAN ALI/MIIHAARU

The company’s manager of corporate affairs, Hassan Areef, stated that VIA recorded 644 aircraft movements on Sunday, which is 77 more than the previous year’s record of 567 movements on January 2.

“This is a great spike compared to last year,” remarked Hassan Areef.

VIA had also received a higher number of private jets than projected for the New Year celebrations at the beginning of this month. According to MACL, more than 140 jets landed at VIA over the past week.