Ali Sobah* was 13 when a concrete block fell on his leg and his thigh bone snapped in half.

Kulhudhuffushi’s only hospital was unable to treat his injuries and said he would have to go to the capital. His two brothers, the only breadwinners in a family of nine, scrambled for the funds needed for the trip by asking everyone they knew for help. But they had to wait until the following day to take him to the nearest airport, Hanimadhoo, which was 20 minutes away by boat.

“The bones were sliding off and sticking into the flesh,” Sobah’s brother Mohamed tells the Maldives Independent.

“The hospital had straightened the bones and wrapped around some kind of bandage but it wasn’t keeping it in place, so someone had to be holding his thighs. Every time the boat shuddered, the bones would stick into his flesh and he would cry out in agony,” he said, remembering the choppy sailing conditions.

But rough weather meant no planes were going to Malé and the brothers begged airport authorities to let them stay the night.

They didn’t dare buy food because they were scared of how much the medical treatment might cost. Their only meal in two days was a glass of juice and a packet of nuts on the flight.

“We drank the juice and ate half of the nuts packet they gave us,” Mohamed fights back the tears as he recalls the ordeal of 20 years ago.

The two brothers spent 25 days in Malé because of Sobah’s broken leg and went a further four times for follow-up appointments.

Two decades later the proposed construction of an airport in Kulhudhuffushi – where Mohamed and his family live – has provoked strong emotions. Young activists protest about the environmental damage and the destruction of mangroves. Locals are angry about the loss of their livelihood or the lack of information about relocation.

Older people, like Mohamed and his family, support the project despite the outcry.

“What’s wrong with an airport being built here? I want this place to become like Malé. I want hospitals, roads and universities,” he says. “Every one of you (younger people) go there to study and can’t seem to come back. There must be something about that place since everyone just gets stuck there.”

Much has changed since Sobah broke his leg: health services have improved and speedboats are faster but the core problem remains. 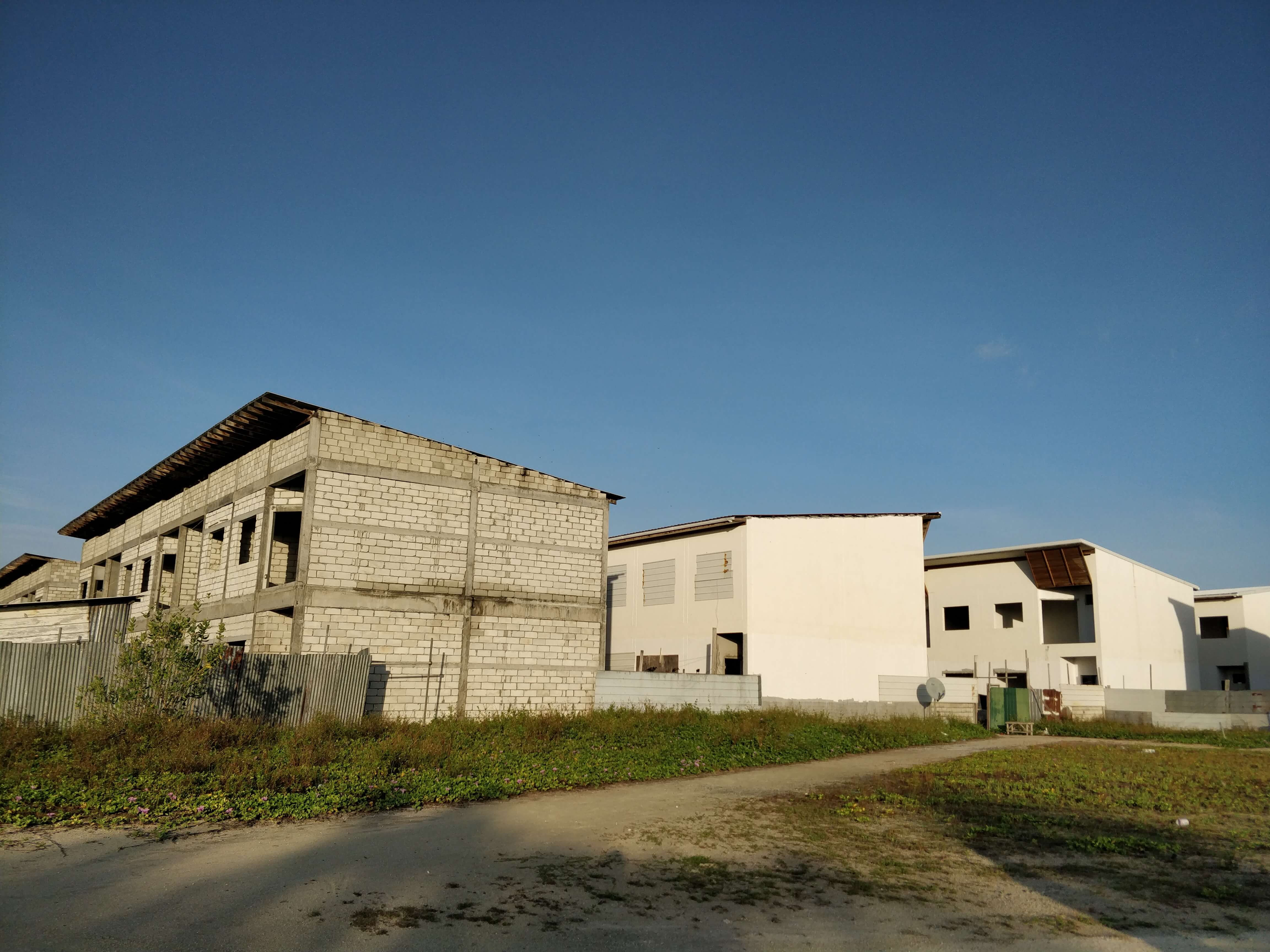 Kulhudhuffushi Regional Hospital caters for almost 20,000 people from the northern atolls and its lack of resources have resulted in tragedy.

A woman died in January last year after a botched C-section while, in November 2015, a heart attack victim died after her oxygen tank ran out while she was boarding a plane from Hanimadhoo.

The hospital estimates there are 8,000 visits from other islanders every month. Some people avoid Kulhudhuffushi hospital altogether, preferring to fly to the capital because it costs less long-term. Even now it recommends people go to Malé for basic services such as X-rays.

His mother, who did not want to be named, has to travel to Malé twice a year for check-ups after thyroid surgery.

“They can’t do the simplest of tests here. God knows the last time the hospital had all the doctors,” she says. “If we get a good doctor here, that doctor will soon get transferred to Malé and we will get some doctor in training.”

Hospital services have been contracted out to different companies during the past decade, each time with the promise that things will improve. Most recently it was handed over to an Indian firm, Noorul Islam Institute of Medical Science, but the company has already fallen behind the ambitious time-frame presented at the handover ceremony.

It is not only the hospital that has suffered from a lack of oversight and planning.

The island resembles a ghost town of abandoned development projects. There are row houses in three different sites but each is more depressing than the last, finished to different degrees but none of them fit for living in. The main roads are half-finished and there are streets with only the sidewalks paved. Pipes, paving slabs and equipment lie discarded at junctions. 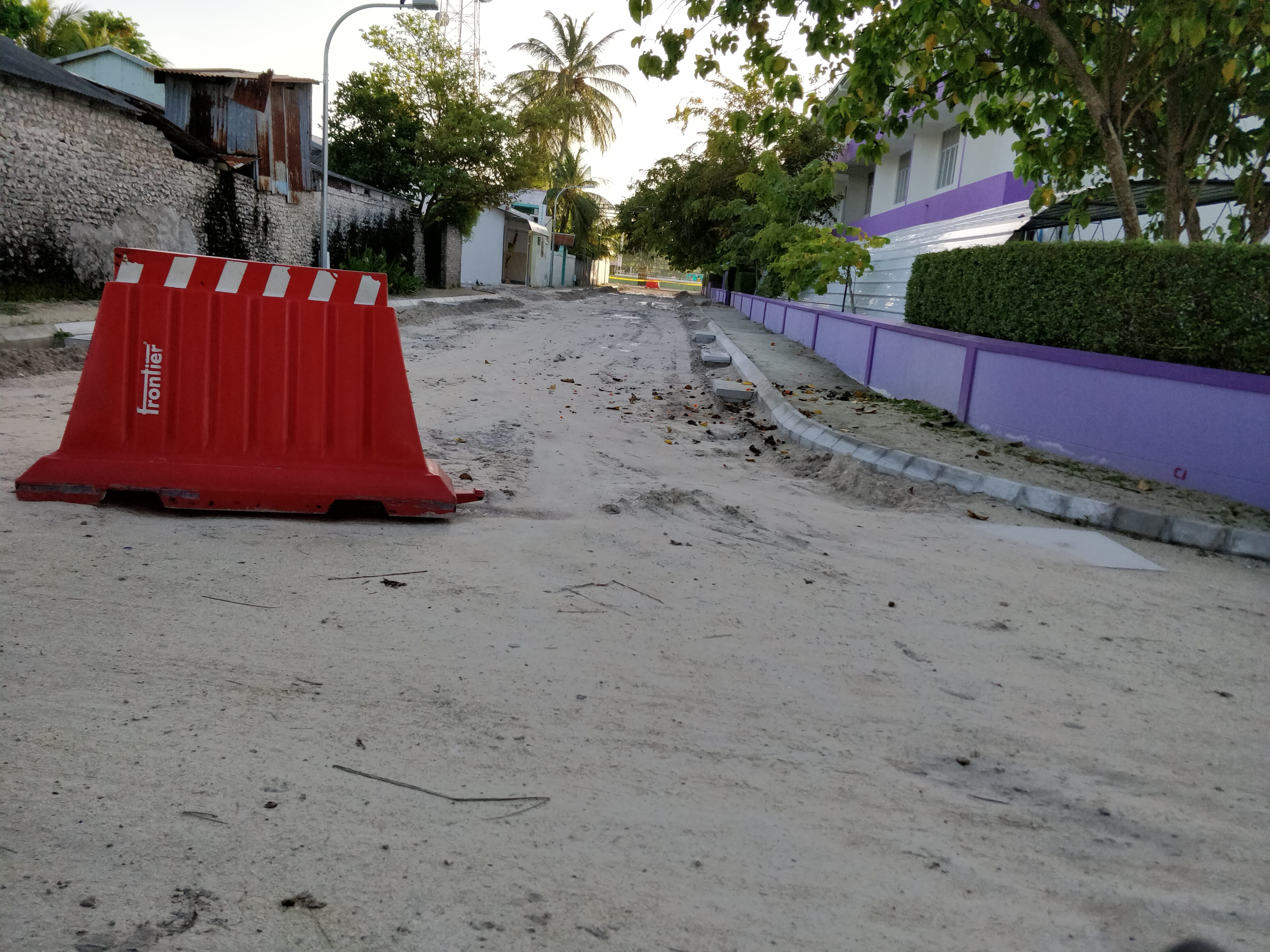 People interviewed by the Maldives Independent expressed a sense of frustration at stalled projects.

“I remember during President Maumoon’s era, equipment was brought to set up the sewage system,” says 54-year-old Fathimath Ibrahim. It was all taken to other islands or just left to perish for years. If they tried to do it then, it would have been all set up by now.

“The people of this island never knew how to get something. I don’t care about who’s up there (in power). Whoever it is, let’s just get whatever we can when we can.”

Years of neglect and delays in access to basic services have led people of Kulhudhuffushi to accept the airport because they see the political will to make it happen — even if it means destroying their famous mangroves.

The Maldivian proverb veheythaa fennagaashey – collect when it rains – seems fitting. The heavens may have finally opened for Kulhudhuffushi.

*Names have been changed