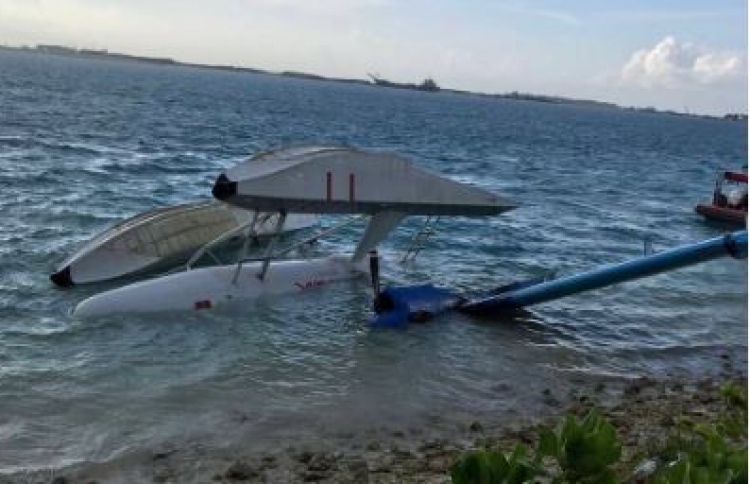 The Maldivian seaplane partly submerged in Hulhule lagoon after its crash landing. PHOTO/READER

The Maldives Civil Aviation Authority has launched a probe after a seaplane crash-landed in the lagoon of the Maldives’ main airport island, Hulhule, on Wednesday.

The seaplane, of the national carrier Maldivian, fell due to strong turbulence during its descent.

Ali Nashath, the Head of Administration of Maldivian’s operator Island Aviation Services (IAS), confirmed on Thursday that the seaplane has been salvaged from Hulhule lagoon and is now in the custody of Civil Aviation.

A crane hoists up the seaplane which crash landed in Hulhule lagoon due to strong turbulence. PHOTO/READER

He added that Maldivian can assess the damage caused to the seaplane, which is worth USD 5 million, only after the authority concludes its investigation.

It appears that the aircraft had sustained a significant amount of damage, as seen from photographs circulating on social media.

The seaplane, which was flying from Niyama Resort to the airport, was carrying 18 people at the time. No one was injured in the incident.