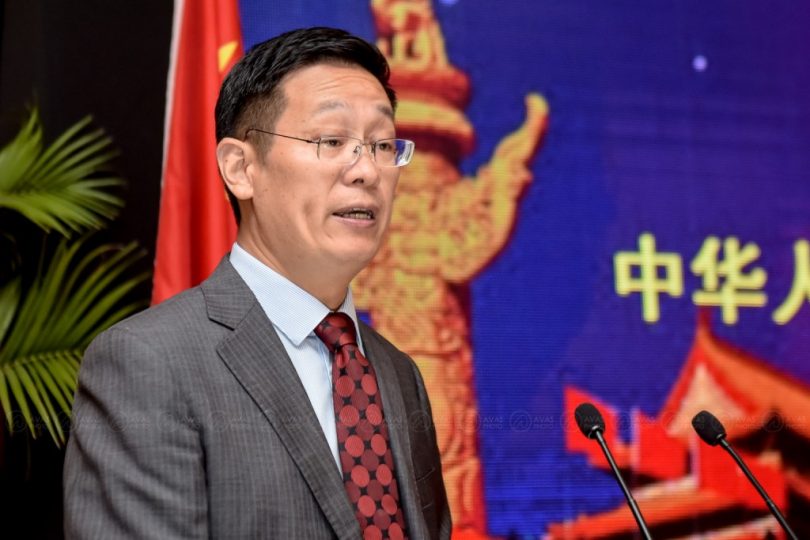 The newly appointed Chinese Ambassador Zhang Zhong to Maldives praises the bilateral relationship between two nations, stressing it is at its strongest ever in history.

“The past 45 years have witnessed a growing relationship which has become immortal and mutual benefit and peaceful coexistence between the countries,” he said. 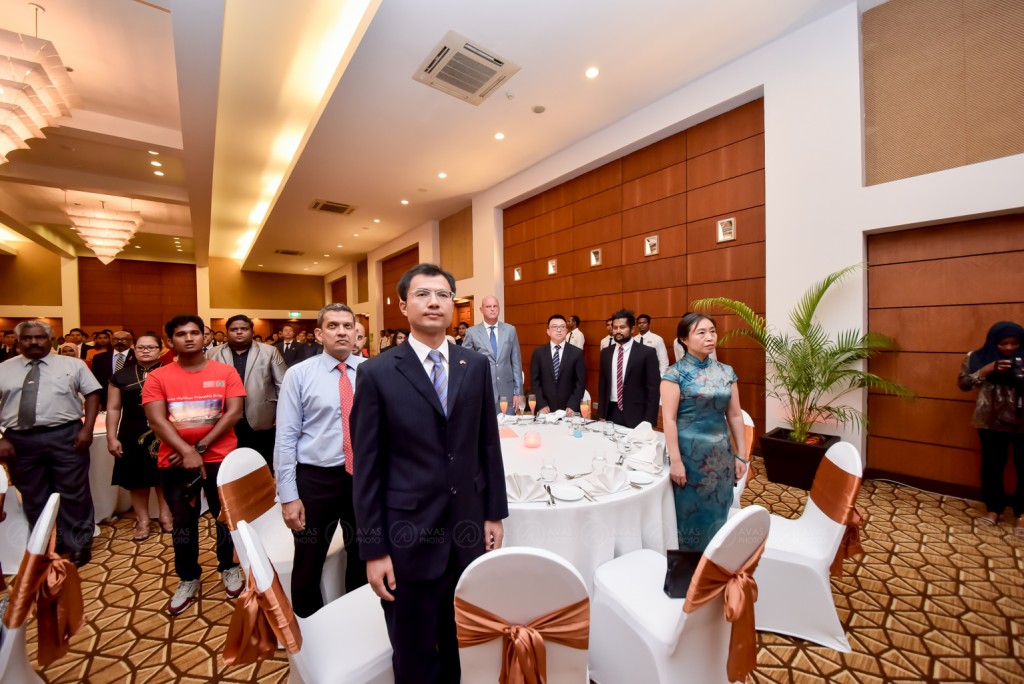 In addition to this, he highlighted the Maldivian cooperation in China initiated Maritime Silk Road project – a possible game changer in the economic platform for the nations – and the Belt and Road Initiative will bring about development to Maldives along with the entire Eurasian region.

The Thursday night’s event held at Kurumba Maldives Resort was attended by Minister of Economic Development Mohamed Saeed as chief guest with several foreign and local dignitaries and high-ranking officials of government and China attending the event.