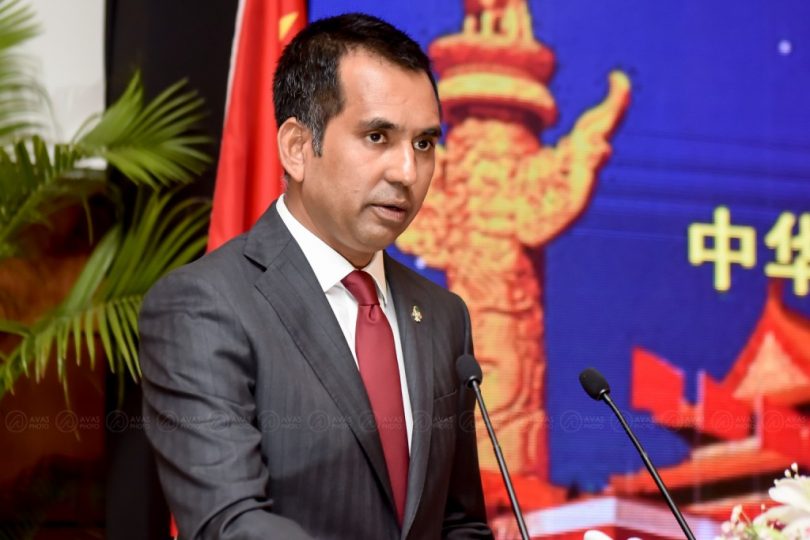 Economic Minister Mohamed Saeed thanked the China government and its people for the continuous support and assistance provided by the country to Maldives on several occasions. | Photo: Ahmed Shurau Avas

Economic Minister Mohamed Saeed has educated the attendees at Kurumba Maldives to commemorate 68th National Day of China, stating that although diplomatic ties officially were established 45 years back; Maldives-China relation dates back to as early as Tang Dynasty.

Speaking at the gala event hosted by the Chinese Embassy, Minister Saeed noted that several Maldivian travelers had established friendly bonds with the then Chinese rulers – in the form of exchanging gifts, which he used in reference to the century-long friendship between the two nations while addressing over the fruitful diplomatic ties China and Maldives has witnessed and enjoyed in recent times.

Minister Saeed also congratulated Mr. Zhang Zhong the newly elected Chinese Ambassador to Maldives, stating that he hopes the new Ambassador will be instrumental in the developing and strengthening ties between China and Maldives. 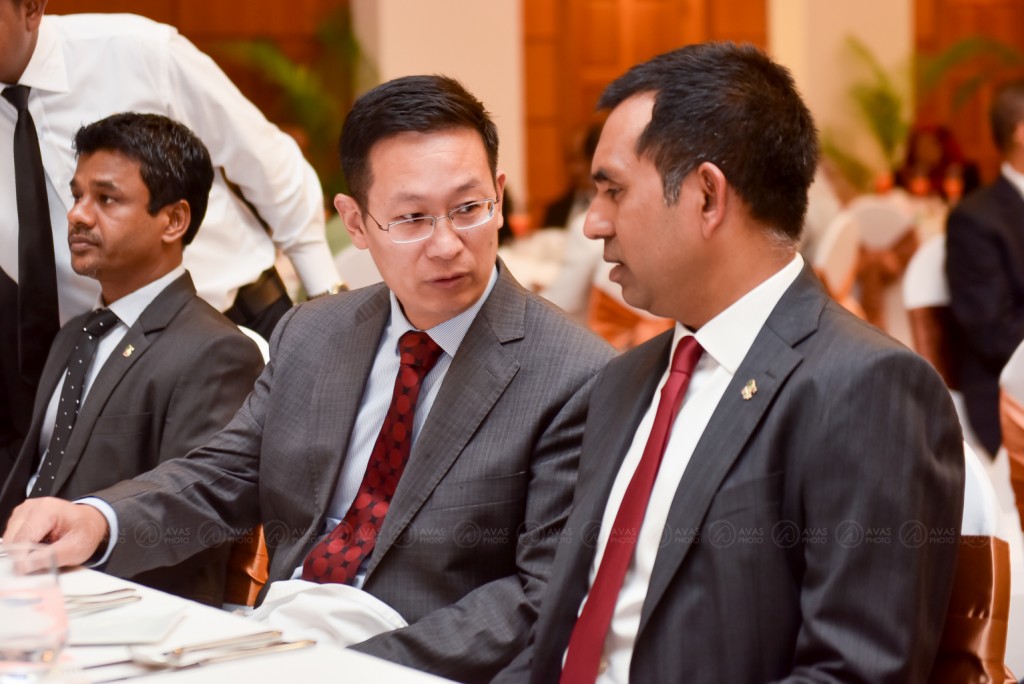 Minister Saeed congratulated the newly elected Ambassador of China to Maldives, stating Mr Zhong will be instrumental in developing the ties between two nations even stronger. | Photo: Ahmed Shurau Avas

“China has become one of the most important partners for Maldives, during the last 4 years we have started several infrastructural projects with the general support of the Chinese government. Notably, the China-Maldives Friendship Bridge connecting Male’ and Hulhule’ will stand as an enduring symbol of friendship and partnership between our two countries,” Minister Saeed praised the Chinese government for their continued support in backing Maldivian development. 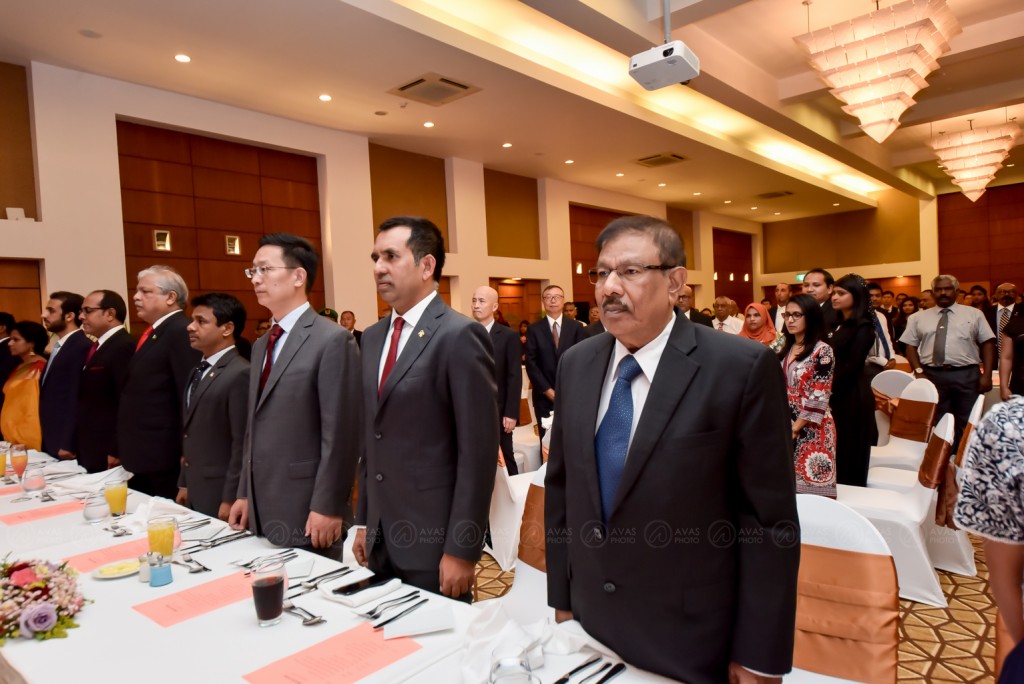 Minister Saeed also applauded the historical and cultural bond both nations share, which he wished will only grow strong with each passing day.

He concluded his speech hopeful of the strong partnership between China and Maldives will result in mutual benefit and further cementing the ties between the two nations in future.

Economic Minister ended his speech thanking the government and the people of China for their immense support and aid throughout the years as Maldives had always looked up to China in global and regional development, and is hopeful that the “elder brother” would always extend helping hands to Maldives whenever necessary.