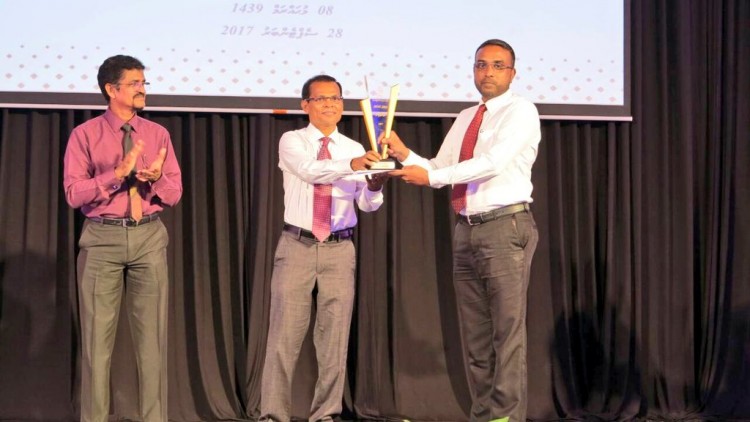 He rained down criticism in the ceremony held by Information Commissioner’s Office on the occasion of Information Disclosure day.

In the speech, as the guest of honor, Speaker Maseeh spoke at length on the issue of fake news in local media and the importance of curtailing this.

Describing fake news as undemocratic and defamatory, Speaker Maseeh said the intention of those journalists was to gain fame and notoriety at the expense of the defamed individual.

By spreading fake news, he noted that journalists were merely producing and directing films rather than reporting on the truth.

Speaker Maseeh also gave out journalism lessons, urging not to be selective on facts and to report as the story is. He also urged journalists to focus on reporting centered around national development.

Any news to the contrary, Maseeh said was a slander on the nation and is deeply damaging. Maseeh said such news only sought to alienate investors to the nation.

While the Speaker had criticized journalists and journalism as a whole, he had failed to provide any details on what currently constitutes as ‘fake news’.

It also has to be noted that it was under Speaker Maseeh’s tenure journalism and media came under attack the most. The Parliament enacted a Defamation Bill, which severely hampered media freedom. Additionally, arbitrary attacks on journalists while during coverages had become common as well.