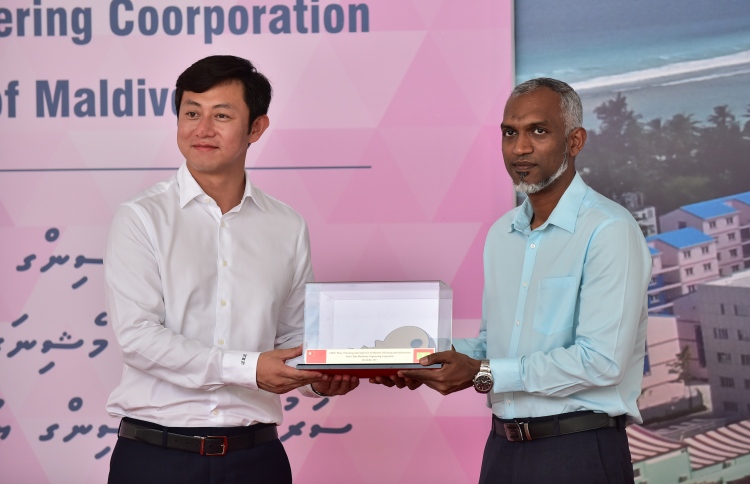 In a special ceremony held in reclaimed suburb Hulhumale, CMEC’s legal representative Liu Xiaodo handed over the flats on behalf of China to the Maldives, received by housing minister Dr Mohamed Muizzu.

The company developed flats in the islands of:

President Abdulla Yameen had laid the foundation of the housing units on December 9, 2014.

Speaking at the ceremony, housing minister Muizzu proclaimed that the housing units developed by CMEC in Hulhumale are more expansive than the flats developed by previous governments. Each flat consists of three bedrooms and a bathroom.

According to the minister, over 15,000 people had applied for the 1,500 flats, which were developed as the first social housing project of the current administration. Stating that the flats were awarded to the most eligible amongst the applicants, Muizzu added that housing units of even better quality will be developed across the Maldives in the future.

Muizzu further highlighted that the social housing programme is of the utmost importance in the president’s manifesto. He declared that the government is making several accomplishments in reaching its targets.