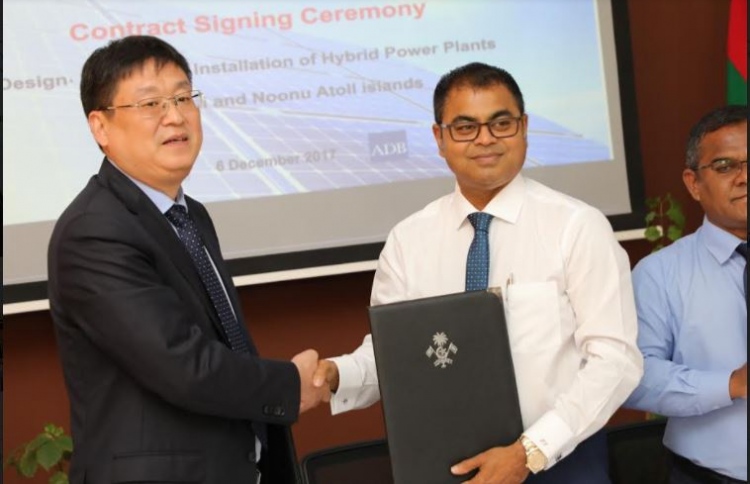 The Maldives government has awarded the project to design and install hybrid power plants in all inhabited islands of Shaviyani atoll and Noonu atoll to the joint venture Sinomach International Sungrow company of China.

The contract was signed by the company’s vice president Ziyao Zian Don and environment minister Thoriq Ibrahim at a ceremony held at the ministry on Wednesday.

Under the project, Sinomach will install Solar PV Systems of 2.86 megawatts, 29 generators to produce electricity from diesel, batteries of 2.86 megawatts per hour, 24 automatic synchronising panel boards, 62 distribution boxes and lay 10 kilometres of cable. According to the environment ministry, energy management systems will also be established in the islands.

The environment ministry declared that establishment of renewable electricity generation will be underway in all inhabited islands of the Maldives by the end of the current administration’s first term.