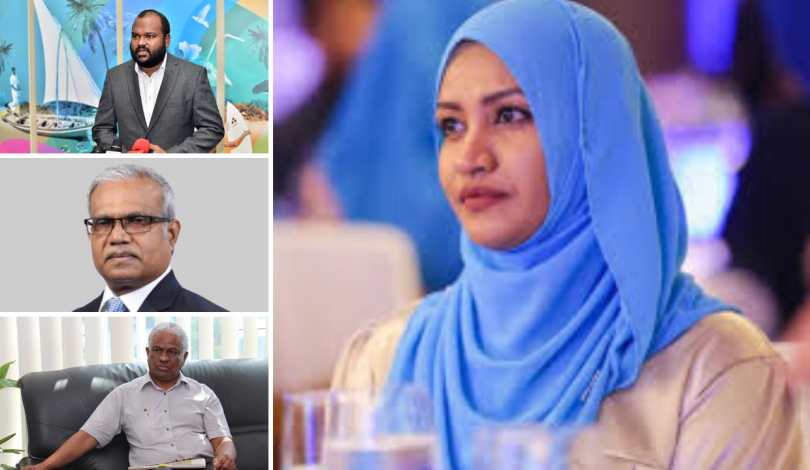 The original was published on cnm.mv on 26th February 2020.

Sexual harassment is indeed a disgraceful act. This kind of acts shouldn’t be seen from top management. What is sad is that while women are as active as men at work here in the Maldives, such traits are still found amongst men in senior posts.

This recent case involves a popular political figurehead. An audio recording believed to be of Tourism Minister Ali Waheed. Engaged in foul mouth chatter with his chaps. And when a female minister calls up, he puts the phone on speaker and after the call, hurls abuse at the minister.

Usually, female workers ignore when faced with workplace sexual harassment. Either due to fear of losing their jobs or being ‘victim shamed’. Therefore, Minister Nahula has set an example by this incident.

According to reports, Minister Nahula has requested President’s office to probe the matter. And based on another video recording the minister is not willing to let it lie. Minister Nahula had called Ali Waheed and told what he did was ‘insulting’ and that the recording cannot be believed to have been edited.

According to the report released by the Human Rights Commission (HRCM) in 2013, sexual harassment cases against women are on the rise.

Sexual harassment faced by women is still being ignored in the Maldives. With the enactment of the Sexual Harassment Act in 2014, was the first initiative of such a kind that direct towards empowering women, legally.

However, according to the survey done by the US State Department, it was noted that the act is not fully implemented in the Maldives. As only a few sexual harassment cases filed with the police is sent for prosecution.

From January to October 2016, only 19 cases were filed with the police and just one was sent for prosecution. However, due to social media ‘activism’, reportings have increased.

Amidst the Ali Waheed and Nahula’s case, we can recall the allegations made against top officials in the past and how it was concluded. The most recent was the case of the last administration’s foreign minister.

The ministry’s four staff accused the ex-Minister Dr Mohamed Asim of sexual harassment. However, it is unclear how the case was concluded.

Prior to that, the biggest case was of Civil Service Commission’s member Mohamed Fahmy Hassan. Although he was sacked following the allegations, he was later appointed as Maldives High Commissioner in Malaysia.

So the question is whether this case will be investigated thoroughly and appropriate action will be taken, consequently. In a country where there is a culture where you can get away for being a certain someone, to reform, investigate and allowing a fair trial to happen, will open a new chapter in the history of the Maldives to combat sexual harassment against women.