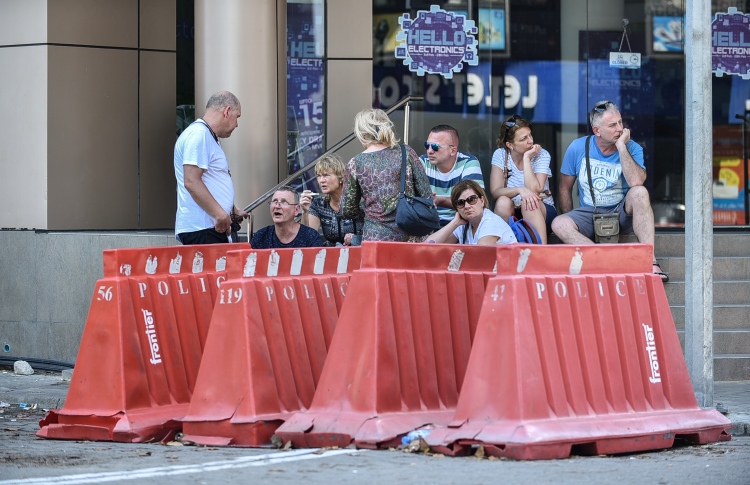 The original Dhivehi article was published on Mihaaru.com website on 12th February 2018.

Yesterday around 8 in the morning, Ibrahim Ali (not the real name), was holding a resort placard waiting at the arrival hall of Velana International Airport. While he waited he received a phone call. It was from the resort to inform that some of the tourists arriving on the flight he was waiting to receive had cancelled their booking.

‘The last few days had been like this. On average there are around 20 booking cancellations. That is a minimum of 40 people. It is a loss of more than USD 200,000 per day,’ said Ibrahim doing some calculations from his phone.

The five-star resort’s airport representative said ever since the state of emergency had been declared, on every day, there are several booking cancellations at the last minute. 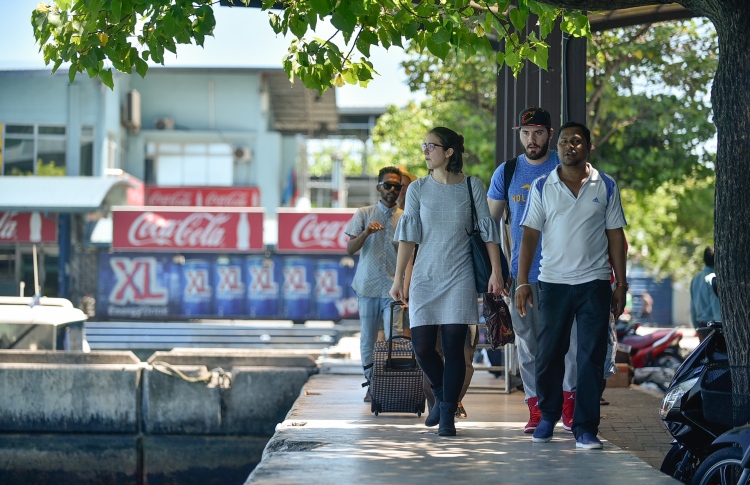 tourists at the airport ferry jetty

‘Our resort does not cater to a specific market. There are cancellations happening from different parts of the world. And because of that, we are experiencing tremendous losses,’ he said.

Another resort’s airport representative said after the tourists arrive in the Maldives before they go to their destination, they ask about the Maldives’ current situation. They ask about where the protests happen and who got arrested.

‘Some people only become aware of what’s happening once they arrive in the country. We give them factual information. Nobody gets upset. We tell them currently, it is not advisable to go to Malé city,’ the airport representative said.

Some tourism industry people estimate that after the state of emergency had been declared in the country, the losses incurred due to booking cancellations will rise to several millions of dollars. The resorts, guesthouses and the liveaboard are expressing deep concerns over it. This had been recently the biggest dilemma to face for the tourism sector.

The official who spoke on behalf of Villa Hotels & Resorts, Maldives largest tourism company, said that on the first day the state of emergency was declared, 44 rooms were cancelled. Followed by cancellations of several bookings daily.

‘Each day declared as a dangerous state, the tourism industry is suffering in millions. We can only overcome it when the status is lifted,’ he said.

He said that the current situation faced by tourism industry can be overcome by bringing stability to the political situation of the Maldives. And to solve the matter, action should be taken urgently.

‘Before the tourism industry had barely recovered the ramifications of the last state of emergency losses in millions of dollars, now again we are facing it. Everyone will suffer from this,’ he said.

A staff of a recently opened a high-end resort said after the state of emergency was declared, to date, 89 room nights were cancelled. Resulting in booking cancellations in the days that followed.

‘This is a great loss. We are expecting all bookings from China to be cancelled. And we are expecting booking cancellations from Europe as well,’ he said.

An official from a resort in Gaafu Alifu Atoll said in the last two days, 8 bookings had been cancelled.

‘Chinese tourists especially doesn’t want to visit. There are also cancellations coming from Europe,’ he said.

He said the government needs to take a fast action to overcome this situation. 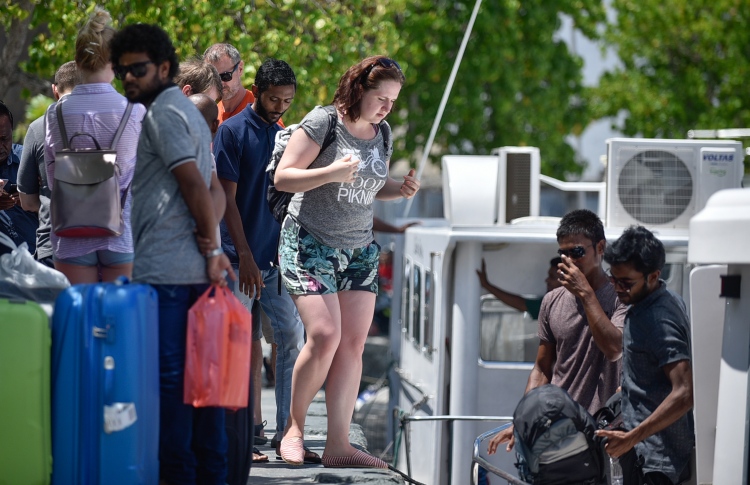 Some tourists boarding a launch to go to the resort

When Maldives’ political situation became unstable and state of emergency was declared, Maldives tourisms biggest market, China, has advised their citizens to avoid visiting the Maldives. Other than China, India and Singapore also have issued similar advisories. And in the other biggest tourist market, Europe, some countries have cautioned travelling to the Maldives.

The international media has been very much fixated on the Maldives current political situation. Those media bring Maldives related news while associating it to tourism.

A tourism expert said to reduce the adverse effects of the state of emergency to the Maldives tourism industry, the government needs to take measures immediately.

‘Due to the extreme action taken by the government, the tourism industry is facing losses in millions of dollars. This will impact the entire countries economy. Therefore, we are asking the concerned authorities to end this now,’ he said.

The expert said, as long as the state of emergency is ongoing, international big media will keep on posting ‘negative’ news on the Maldives. Which upsets the tour operators and the tourists, leading to asking many questions.

‘The Maldives tour operators are enormously worried over what would happen next in the Maldives’ political situation. When news is being spread in different forms, the result of it is very unfavourable,’ the expert said.

The Maldives government had been working with several parties to curtail the negative impact. However, the effect of a state of emergency can be prevented only by lifting that status.