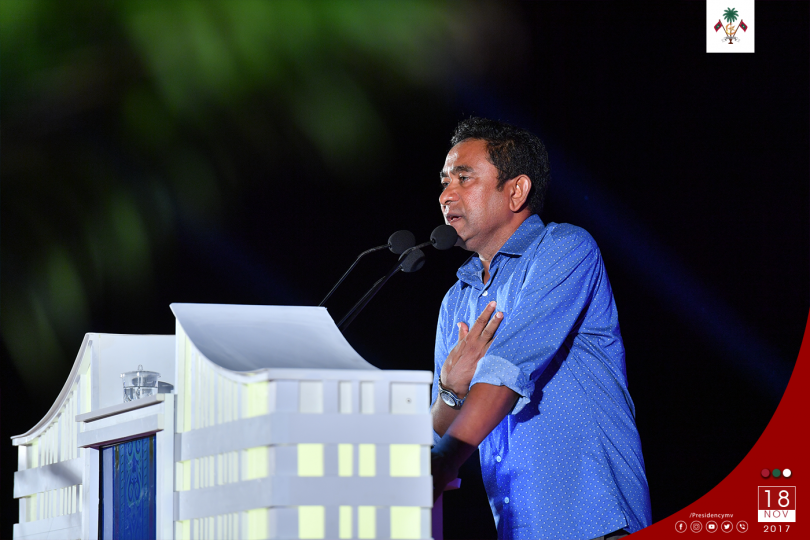 President Abdulla Yameen Abdul Gayoom has stated that the administration’s aim is to resolve housing issues faced by Maldivians. The President made this statement while speaking at the event held this evening, to inaugurate “Hiyaa” housing project in Hulhumale phase 2 area. First Lady Fathimath Ibrahim accompanied the President to the function.

During the ceremony, President highlighted that Male’ belonged to all Maldivians and that the housing project launched this evening in the Hulhumale’ Youth’s City, the City of Hope, will add to the efforts taken by the administration to resolve the problems of congestion in Male’.

Speaking in this regard, the President said that the support of the youth population was crucial for the development of any country. He also stated that his priority was to resolve the housing issues especially for the youth population, and those living in dire situations.

The “Hiyaa” housing project that was inaugurated by the President and First Lady this evening in Hulhumale phase 2 area aims at resolving the housing issues being faced by around eighty thousand individuals of the Maldives’ population.