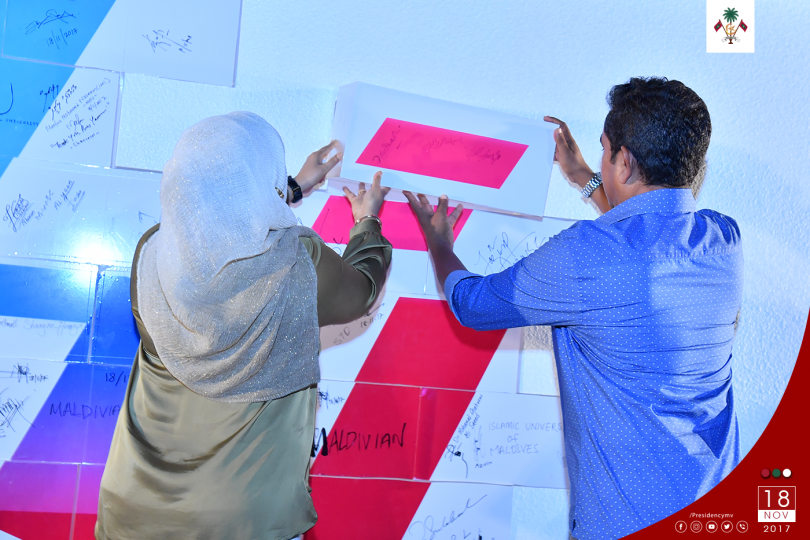 President Abdulla Yameen Abdul Gayoom and First Lady Fathimath Ibrahim have inaugurated the “Hiyaa” housing project, as part of the administration’s housing policy. The ceremony was held at the Hulhumale phase 2 area, where the Hiyaa towers are to be developed.

The “Hiyaa” housing project is aimed at resolving the housing issues being faced by around eighty thousand individuals of the population. A total of 10,080 housing units will be developed in 36 towers, including apartments of 1 bedroom, 2 bedrooms and 3 bedrooms.