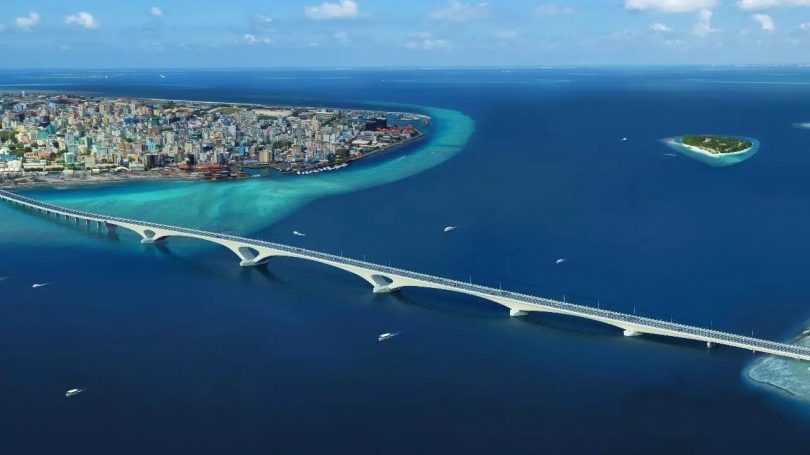 The original Dhivehi article was published on Avas.mv website on 2nd January 2018.

Economically, this year, we will be able to see a lot of projects in its final form. They include housing projects, massive tourism projects and transportation projects. It is believed, that from an economic perspective, this year will turn out to be a year a lot of project works will realise. Simultaneously this year Maldives debts will also rise up, along with the projects. Below are the estimated projects that will be completed this year.

The Male-Hulhulé bridge project undertaken by an efficient Chinese company called CCCC Second Harbour Engineering will be finished this year. The company is constructing the bridge for USD 200 million. USD 100 million is considered as a grant from China and the rest was financed through a soft loan. The China-Maldives Friendship Bridge is 2 KM in total length and 20.3-meter width. Below the bridge, 12-meter vessels will be able to pass it and during mid-tide, the highest point of the bridge will be 20 meters above sea level. The government has also said that within 15 minutes, 6500 people can transit from Malé to Hulhulé, via the bridge. 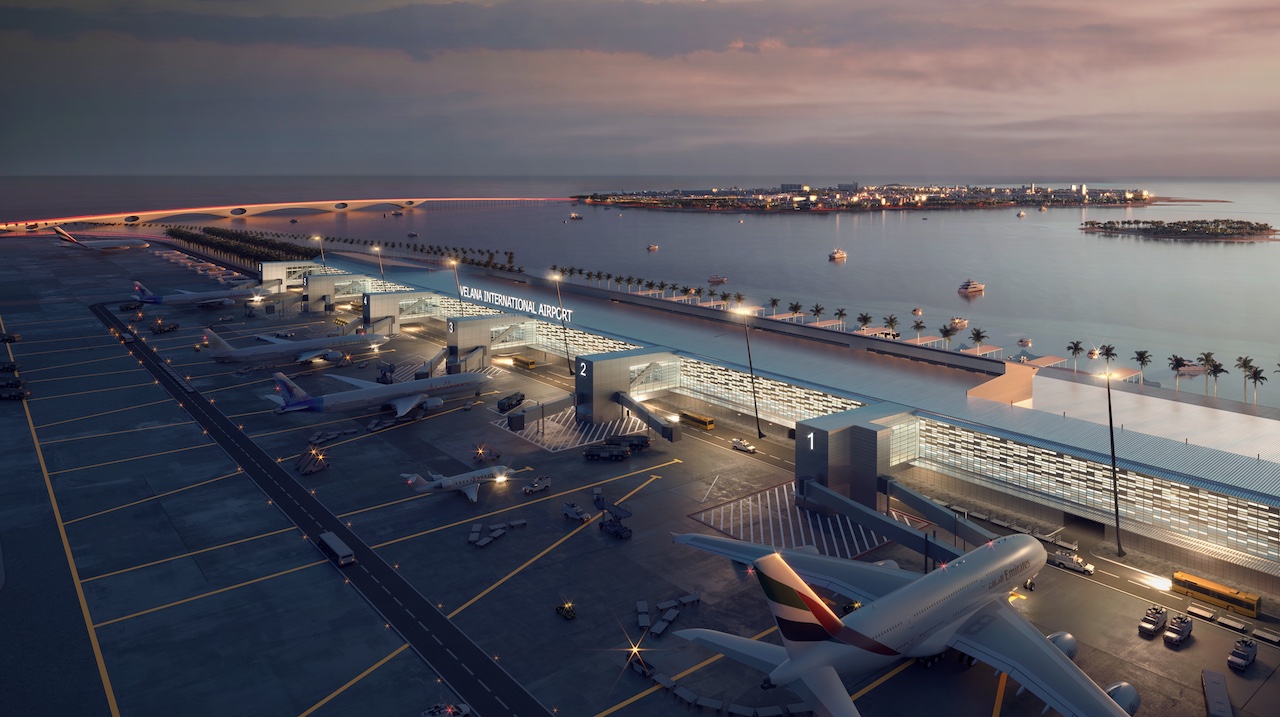 The development of Velana International Airport (VIA) is one of the government’s mega projects. The project’s cost is higher than USD 1 billion. The government is developing VIA to increase the current 4.5 million passenger capacity airport to cater to 7.5 million passengers. The new passenger terminal work is done by Saudi Binladin Group for USD 300 million. The new VIA passenger terminal is being developed in an 80,000-meter area. The runway project is being done by Beijing Urban Construction Group (BUCG). For the new runway USD, 400 million will be spent. USD 373 million is provided as a loan by China. The new runway’s tarmac work has commenced. This work is done by Gulf Cobla company. Moreover, fuel storage and a big cargo terminal will also be built. 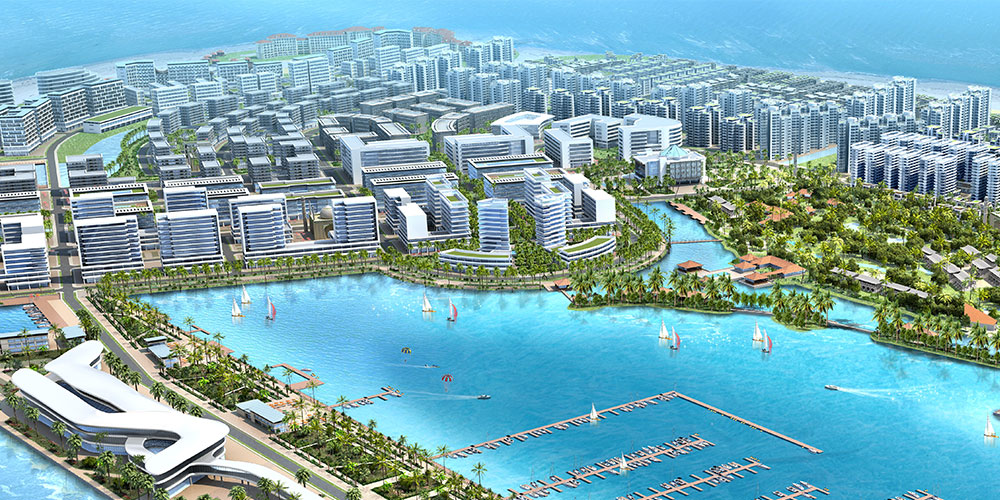 To fulfil the housing pledge, the government has initiated ‘Hiyaa’ project in Hulhumalé phase 2. Under the second phase of Hulhumalé development project, the government has assigned government companies to build above 15-storey towers in Hulhumalé. And those companies had invited construction companies to build flats in Hulhumalé. Under this project, there will be 62 towers in total and 15,000 flats. It is a social housing with ‘mixed development’ project. In a 10,000 to 12,000 square feet land, for the cost and value of flats to be built to the social housing standard. After deducting the building cost of materials, labour cost and other costs, without adding a not so much of a profit, a flat can be sold for MVR 2 million. At this price, the building cost of a tower will be USD 21 million. And if including the profit and other expenses, a tower cost goes up to USD 68 million (around MVR 330 million).