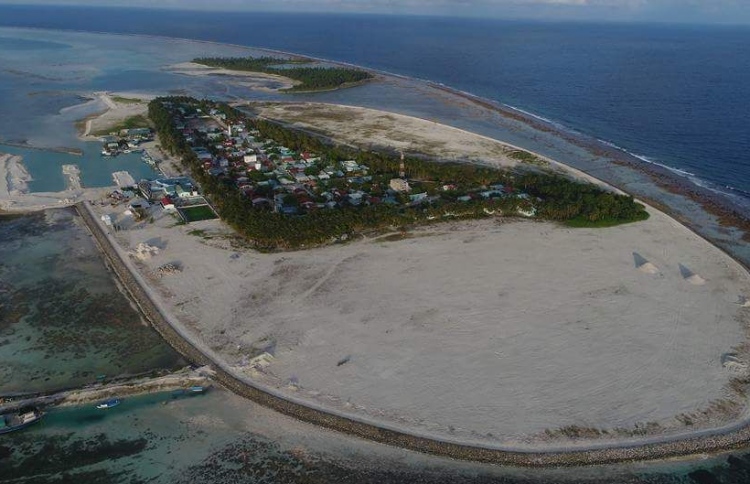 Aerial view of Th. Madifushi with its completed harbour.

In a tweet detailing the government expenditures on port development, Muizzu declared that the priority given by president Abdulla Yameen for the projects is evident.

According to Muizzu’s tweet, the current administration has undertaken the development of 78 harbours from 2013 to 2018, with a total expenditure of MVR 2.5 billion.

Muizzu announced that the government has also commenced harbour development in an additional 31 islands, which costs MVR 900 million.