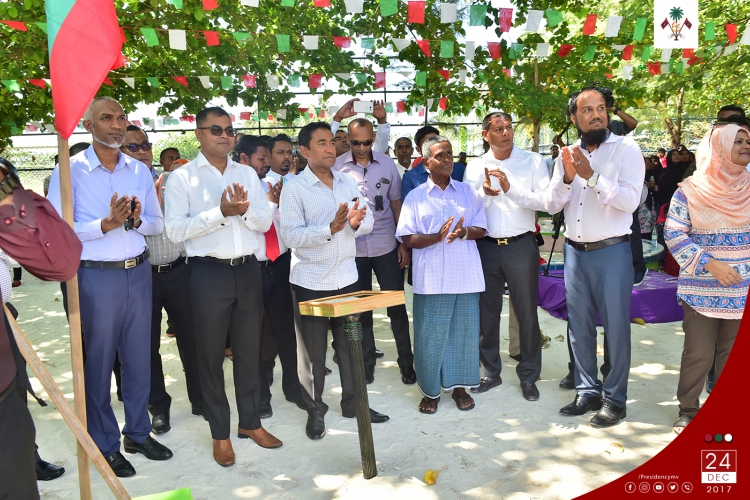 President Abdulla Yameen departed on an official visit to the atolls of Noonu, Baa and Lhaviyani early Sunday, to inaugurate and mark the completion of several development projects.

Yameen arrived in Maalhendhoo and Henbadhoo on the first day of his three-day trip.