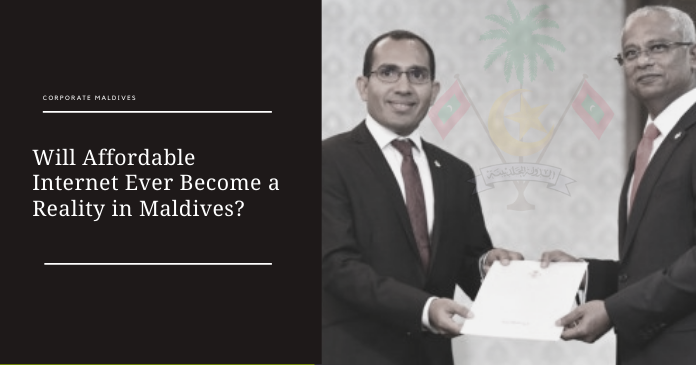 One of the most popular pledges made by Ibrahim Mohamed Solih was to slash the prices of internet services in the country. Several times over the years, since 2018, news related to this topic has made it to the headlines. However, after 2 years of Ibu Solih’s government, this pledge has still not been completed.

It is said that “quality without results is pointless”. The government had established a new ministry for the purpose of developing internet and other similar services in the country. Ministry of Communication, Science and Technology is a new ministry established by President Ibrahim Mohamed Solih to drive the development of Communication, Science and Technolgy as a cornerstone of national development.

How far have the government and the Ministry gone on this matter?

2018, December– Minister at the Ministry of Communication, Science and Technology revealed that works are being carried out to reduce the prices of internet. “On my first day as Minister, I discussed with Dhiraagu and Ooredoo to reduce internet prices. Hopefully, this won’t take long,” said Mohamed Maleeh Jamal.

2019, January – According to research by Telecommunications Authority, among the 26 countries researched on highest internet service prices, Maldives takes up the 7th place from the top. “Internet cost needs to be lowered,” Maleeh said. He had said that low internet prices will bring huge changes to education and the economy. He also said that reducing the internet prices will not result in damages to the two telecom companies in Maldives.

2019, February – Maleeh said discussions have started and the companies are willing to bring a positive change. The main three companies providing internet in the country are Dhiraagu, Ooreedoo and Raajje Online. Maleeh revealed that he carried out discussions with the Telecommunications Authority. However, he said that earlier the companies were at loss. Now, looking at the revenue figures, it is possible to reduce the price.

2019, May – Maleeh said that providing the internet as an essential service is an aim of the government. In fact, the first objective is to reduce internet prices. On World Information Society Day 2019, Maleeh stated that in the field of ICT, Maldives has made big progress. Many people have fibre broadband internet and 4G is available throughout the country.

He also revealed that discussions with 3 companies (Dhiraagu, Ooredoo, Raajje Online) are almost done. He even made a bold statement saying that if necessary, more companies will be allowed to enter the industry and competition will be encouraged. 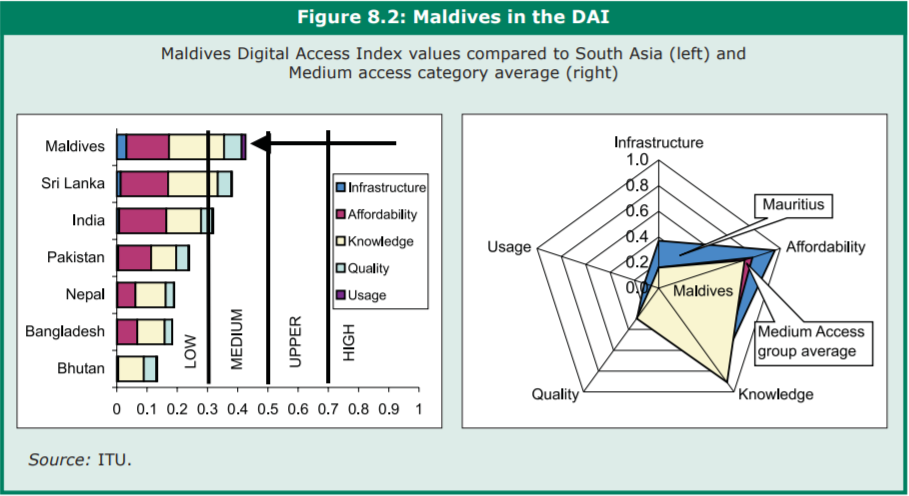 2019, August – Maleeh revealed that 2 months have passed since the discussions and that “good news is near.”

During the same month, Maleeh said that the power to reduce internet prices is at President’s Office and that the Ministry has done all the required work. According to him, on 19th June, the Ministry had done everything and sent to the Policy Office.

According to the Action Plan by the government, six actions were listed under ICT and lowering internet prices was not one of them. Addressing this concern by the public, Maleeh said that although it is not mentioned in it directly, improving internet quality is generally stated.

2020, March– During a press conference held, President Ibrahim Mohamed Solih had indicated internet charges will be reduced in the upcoming days. The president acknowledged that internet usage had increased significantly in the face of the current global COVID-19 pandemic and that he believed that this requires addressing. However, three days passed since the announcement, neither the government nor service providers provided any information on the matter. Until, the former government spokesperson for COVID-19 related matters, Mabrook Azeez said discussions are still ongoing.

High internet prices are one of the most significant issues faced by the citizens. The country has always been expecting a day that the prices will improve and the internet will become affordable. When will this day come? Or is the question “will it ever come?”