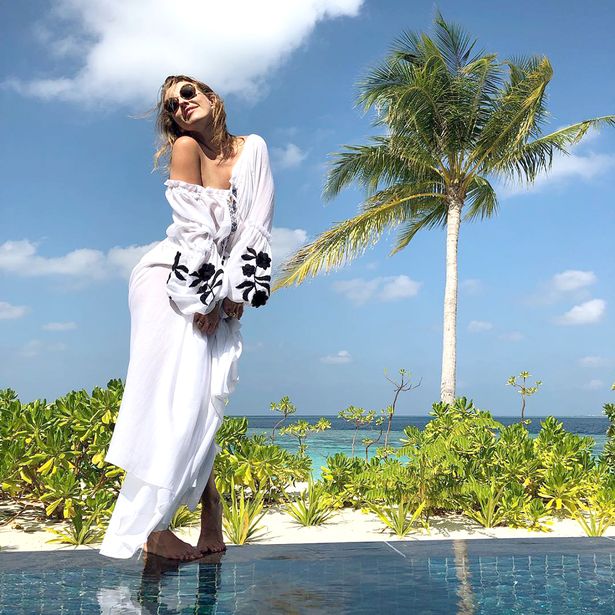 Russian reality TV star and ex-Playboy model Kseniya Sobchak, 37, caused fury with the Instagram video filmed at the £1,749-a-night resort in the Maldives

A TV star believed to be Vladimir Putin‘s goddaughter has been slammed for calling waiters at a luxury holiday resort ‘black slaves’.

Kseniya Sobchak, 37, posted a clip to Instagram showing her filming some food which she called “luxury” before showing a waiter and saying “black slaves” in her voiceover.

Sobchak sparked outrage among her 5.9 million followers after posting the holiday video from a five star Maldives resort.

She can be heard saying: “Luxury, this is luxury… black slaves. This is beautiful”.

The star – who once posed for Playboy – ran in last year’s Russian presidential election as a “liberal”, finishing in a respectable fourth place amid rumours the Kremlin had encouraged her candidacy to add glamour to a dull poll that Putin was bound to win by a landslide. 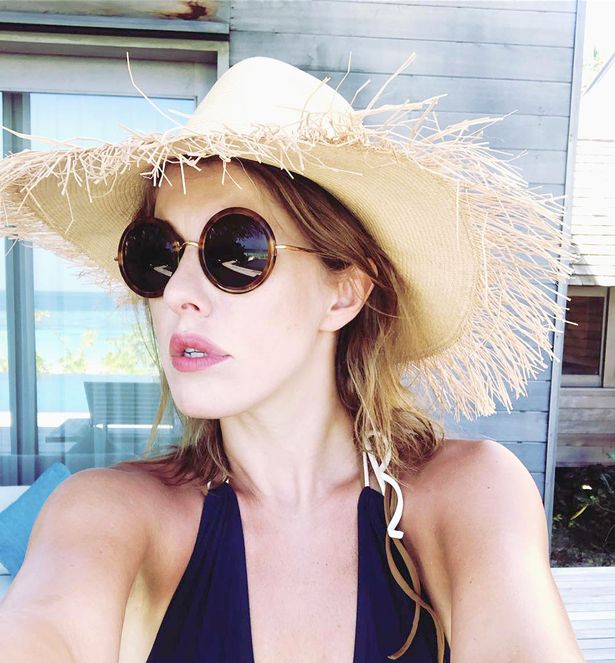 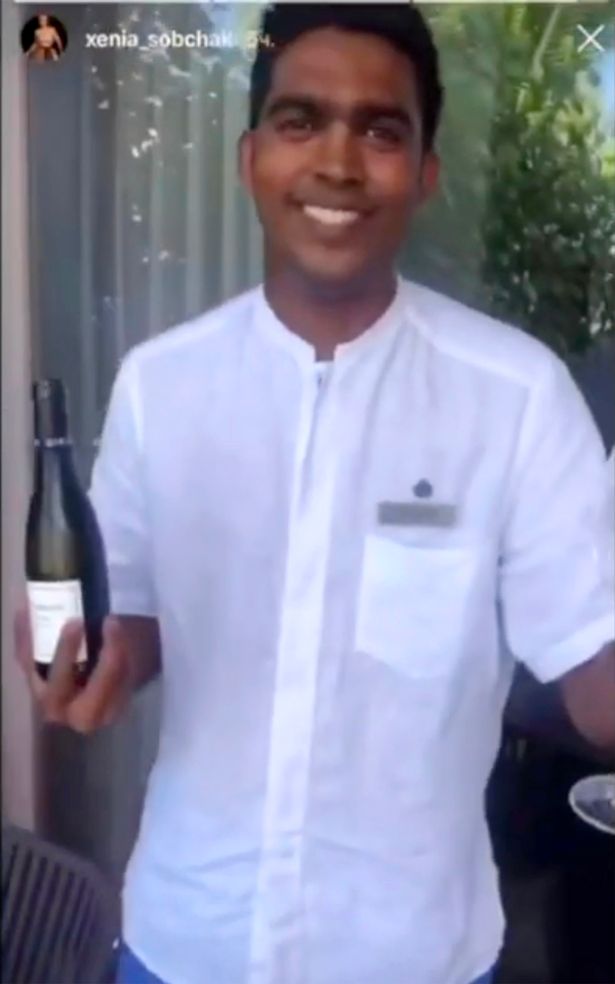 Her controversial posting was from the £1,749-a-night St Regis Maldives Vommuli Resort on Dhaalu Atoll, a luxury private island accessible only by seaplane.

“What disrespect to people! They are not slaves, they are waiters!!” read one angry comment.

“This is disgusting,” wrote another. 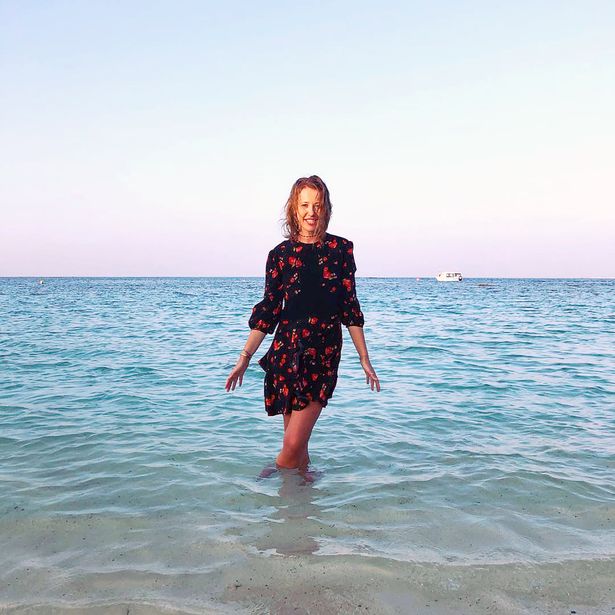 Sobchak was branded “disgusting” and “disrespectful”

“Were she to say that in America, this phrase would have killed her career,” another claimed.

Others described her posting as “awful” and “sick”.

A report by Channel 5 television saying Sobchak had been accused of “racism” by her online fans.

Sobchak has known Putin since her childhood and he attended her christening leading to rumours that he is her godfather.

Her late father Anatoly Sobchak was Putin’s law professor who went on to give the ex-KGB spy his first job in politics when the academic had a stint as mayor of St Petersburg.

A former raunchy Playboy and Maxim model who also posed naked when eight months pregnant for Tatler, Kseniya Sobchak has nevertheless hit out at the strongman leader, attending anti-Putin rallies. 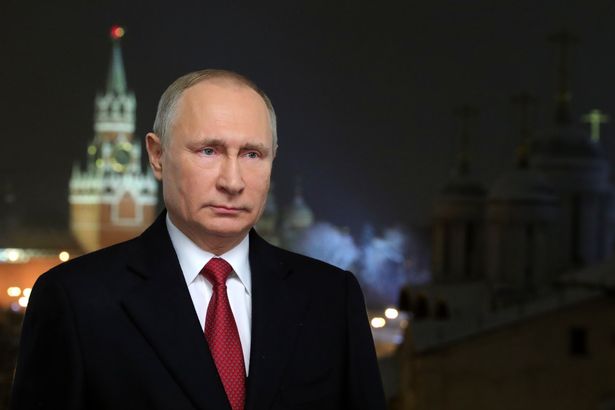 Sobchak is believed to be the goddaughter of Putin 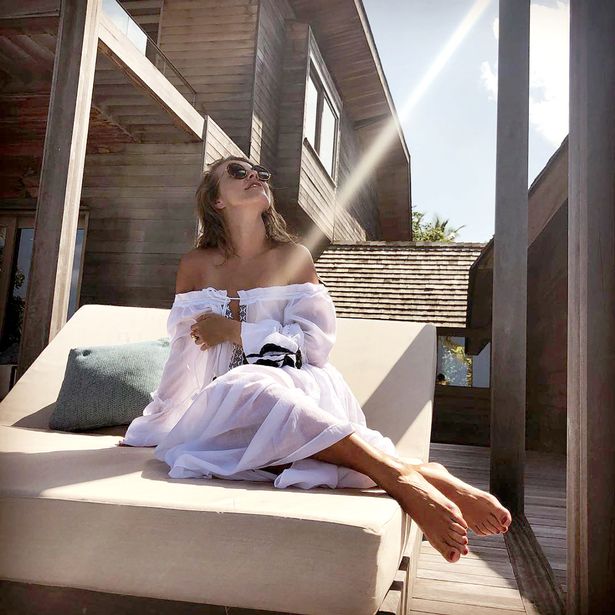 Sobchak is known in Russia as a glamorous TV star

She was banned from mainstream state-run TV where she previously worked, becoming a millionaire star, after voicing criticisms of the Kremlin leader.

Yet is known she spoke privately to Putin before running against him.

As a child, she sat on Putin’s knee and lovingly called him ‘Uncle Volodya’.

Putin attended Sobchak’s Orthodox christening when she was a schoolgirl, which led to claims he is his goddaughter.

In 2000, he stood alongside her at her father’s funeral.

Putin has said her father was “an outstanding man in modern Russian history” who “played a huge role in my life”.