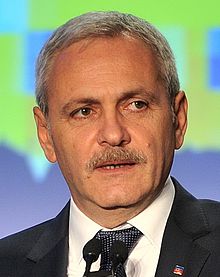 At the official opening ceremony of the Romanian Presidency of the Council of the European Union in Bucharest, a few days ago, one important person was missing, the man who is actually running the country behind the scenes: the Socialist boss Liviu Dragnea. Dragnea (56) is the leader of the ruling Social Democratic Party, PSD, a party nominally from the same mould as the German SPD, both being members in the European S&D, but the only things the two formations have in common are the love for beer and the oompah bands.

For someone coming from outside Romania, Dragnea is a figure difficult to pin down. An extremely ambitious provincial politician with no apparent charisma, a shallow education, no language skills and dubious humour, he has woven over the last two decades an extremely complicated and labyrinthine network of corruption and influence.

His PSD party won the elections in December 2016, with 45,50% of votes, with massive help from the countryside, and it is now running the country in a coalition with ALDE, an imitation of a Liberal party, led by Calin Popescu Tariceanu, the boss of the Senate, whom Guy Verhofstadt, chief of the European ALDE, has threatened to expel. Liviu Dragnea is himself the speaker of the lower chamber of the Romanian parliament, but it is he, personally, the one and the only person who decides of any important political decision in the country.

He was twice convicted, for vote-rigging and corruption. The second conviction, three years and six months in prison, is on appeal. The convictions are the reason Dragnea is not officially heading the government: after his party’s victory in the 2016 elections, the conservative, centre-right president Klaus Iohannis refused to accept him as prime minister.

The Romanian law does not allow condemned politicians to hold office, and Dragnea considers this to be profoundly unjust.

With absolutely no interest for external, be it European, politics, all of Dragnea’s energy is directed toward his escaping a definitive conviction, especially since he became the focus of an OLAF enquiry for misuse of European money.

Dragnea doesn’t hide his ambition to become head of government or even president of the country, but he must first run through parliament a law that would pardon all past acts of corruption and introduce a general amnesty for thieves. He kept trying this for years. Romanians manifested by hundreds of thousands exactly one year ago, when Dragnea tried to force through parliament an amnesty law. Meanwhile, he keeps nominating straw men and marionettes at the helm of the government, such as the current premier Viorica Dancila.

By using the network of TV channels of a jailed media mogul, Dan Voiculescu, the Antennae, especially Antena 3, Dragnea maintains and stimulates among the population the scenario of an international conspiracy to dominate Romania, led by the Hungarian-American (and incidentally Jewish) billionaire George Soros. In a two-hour long interview last year, Dragnea alleged, without offering any shadow of a proof, that a team of hitmen were sent from abroad to kill him and that the killers had their HQ in a hotel right across the street from the building in which the opening ceremony of the Romanian Presidency of the Council was to be held.

He is also under investigation in Brazil, for money laundering, after having bought a luxury villa on a secluded beach there, through a local intermediary. To top it, one former friend and aide, Costel Comana, the man who helped Dragnea make his first million, died in murky circumstances: he allegedly hanged himself, in February 2015, in the toilet of a plane that was going to land in Costa Rica. 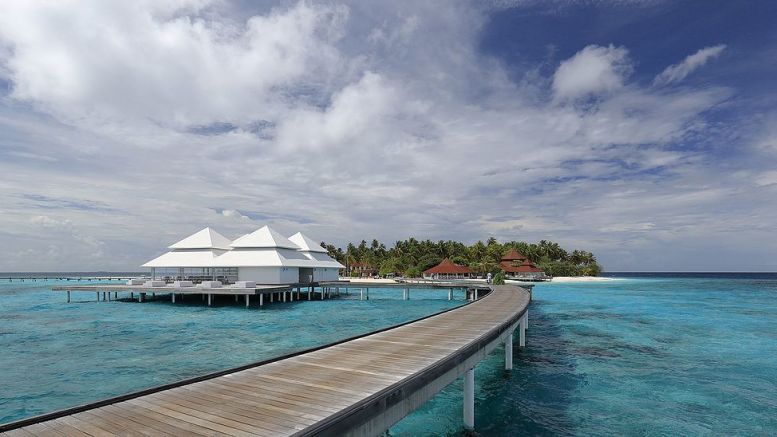 A pariah abroad, Dragnea took one month off, the whole of January, right at the start of the Romanian EU presidency, just to show how much he cares for all that. He announced he would fly to the Maldives with his lover, Irina, a former secretary, 30 years younger than him. After having left his wife Bombonica (literally: Candy), he outraged all the upper echelons of the Socialist party last year, when he imposed his young lover on one of the front seats at the party congress, right between the prime minister and the mayor of Bucharest, both respectable matrons, both looking tense and stiff on the official photographs, with the rosy cheerleader seated between them, beaming and rosy.

But critics start now underlining how inappropriate Dragnea’s present luxurious exile is. The Maldives islands, from where he directs the party, are a Sharia-based Muslim dictatorship, under Islamic law, with obscene enclaves for rich tourists kept under strict guard.

In that tropical décor in the Maldives, locals do not enjoy elementary liberties, neither for th press, nor for political parties.

The Maldives, from where Dragnea seems to send his orders, are a sinister and anachronistic regime, regularly criticized by the UN, where, when one manages to get out of the gourmet and extremely expensive tourist cages, one finds only poor fishermen, mosques made of painted concrete and cafes where locals drink tea and Mecca Cola, unaware of the outside world.

Sex outside marriage is strictly forbidden in the Maldives, and girls suspected of extramarital sex are flogged on the village green, something of which Dragnea and his young lover seem to be blissfully unaware.

Such is the state of the political life in Romania at the start of its presidency of the EU Council, and many are wondering whether Dragnea would really return from that expensive exile of VIP serendipity. And if not, then what?…