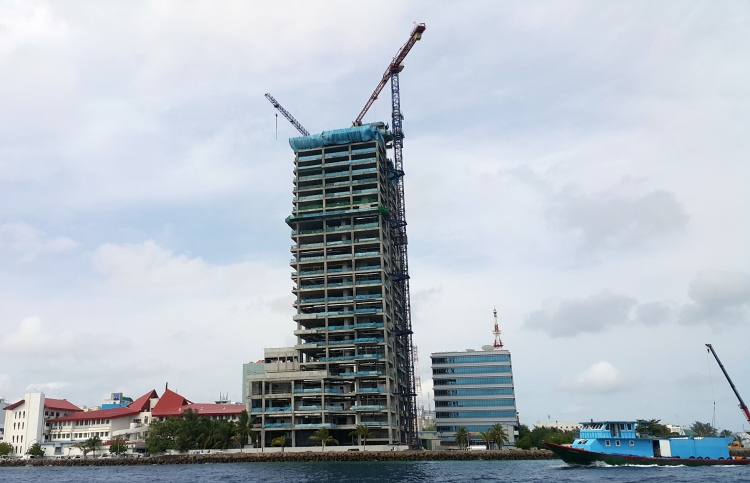 Maldives Monetary Authority (MMA) revealed that US Dollar reserves dropped in the third quarter of this year after the central bank settled payments for the development of the new state hospital in capital Male.

According to the central’s bank economic bulletin on the third quarter of 2017, Gross International Reserve (GIR) and Usable Reserve dropped by 14 percent and 23 percent respectively in the last quarter, compared to the corresponding period in 2016. MMA stated that GIR stood at USD 519.4 million and Usable Reserve at MVR 191.9 million by the end of the third quarter this year.

MMA attributed the drop in GIR to a decrease in bank deposits, while Usable Reserve dropped due to a decrease in US Dollar sales, repayment of government loans, and settling payments for the ongoing development of Dharumavantha Hospital, the new 25-storey state-run hospital being constructed adjacent to Indira Gandhi Memorial Hospital (IGMH) in Male.

The government had awarded development of Dharumavantha Hospital to Chung Hwa of Singapore for USD 144 million (MVR 2.2 billion).