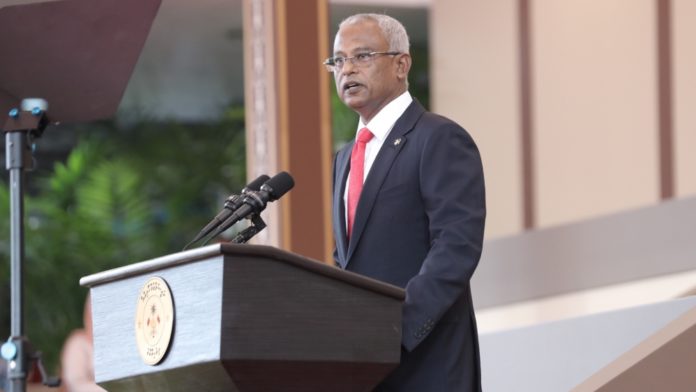 The President delivered a press conference this evening at the President’s Office, outlining the Government’s plans to help the country recover and rebuild after COVID-19. During his remarks, the President also commented on police reform, an issue that has gained traction both nationally and in the international context.

He acknowledged that as with many other institutions, the country’s security services are in need of reform. The Government is committed to doing this through constructive dialogue and legislative measures, such as the Police Reform Bill it has submitted to Parliament. However, the President stated that disparaging these institutions collectively due to the conduct of a few irresponsible members, is unhelpful to genuine reform efforts.

President Solih noted that the vast majority of those serving in the security services, including the Maldivian Police Service (MPS) and Maldivian National Defense Force (MNDF), do so with integrity and dedication. He further acknowledged the many sacrifices they continue to make for the country, evident in their invaluable work as front-line workers during the COVID-19 pandemic.