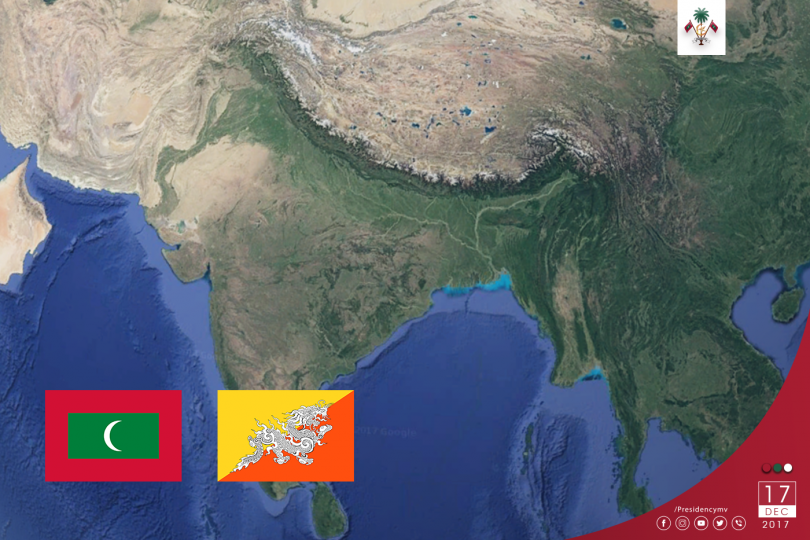 On the occasion of the National Day of the Kingdom of Bhutan, President Abdulla Yameen Abdul Gayoom has conveyed greetings and good wishes, in separate messages, to the King of Bhutan, His Majesty King Jigme Khesar Namgyel Wangchuck and the Prime Minister of Bhutan, His Excellency Lyonchoen Tshering Tobgay.

In his message to the King, the President conveyed hope for further strengthening of the existing relations of friendship and cooperation in the coming years, for the mutual benefit of the two countries and their peoples, as well as for the security and progress of the SAARC region.

The President expressed confidence to the Prime Minister, that through goodwill, dialogue and reciprocity, the friendly ties between the Maldives and Bhutan will continue to foster and would be conducive to advancing the common bilateral visions and upholding the commitments of the SAARC Charter.

The National Day of Bhutan marks the coronation of His Majesty Ugyen Wangchuck as the first monarch of Bhutan on 17 December 1907.