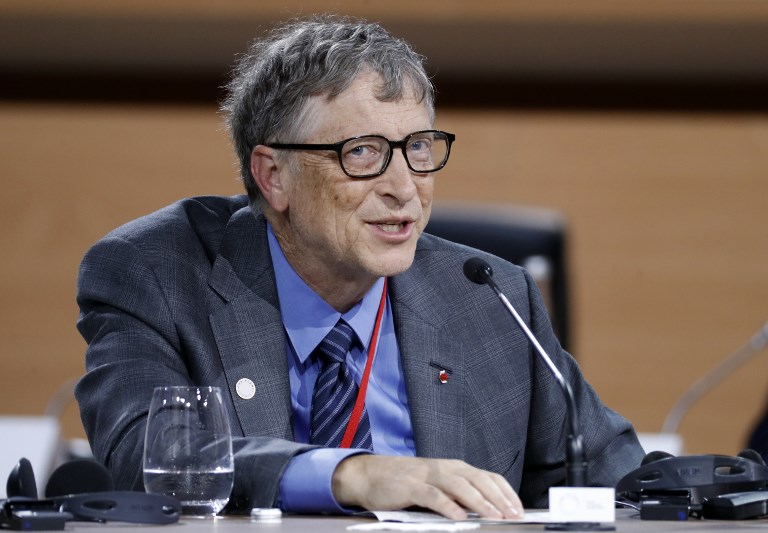 Philanthropist and co-founder of the Microsoft Corporation Bill Gates speaks during a session of the One Planet Summit on December 12, 2017, at La Seine Musicale venue on l’ile Seguin in Boulogne-Billancourt, southwest of Paris.
The French President hosts 50 world leaders for the “One Planet Summit”, hoping to jump-start the transition to a greener economy two years after the historic Paris agreement to limit climate change. / AFP PHOTO / POOL / Etienne LAURENT

Bill Gates, philanthropist and founder of the world’s largest software business Microsoft has arrived in the Maldives on Sunday.

Mihaaru is aware that the billionaire is in the Maldives for the holidays, and is staying at Anantara’s Naladhu Private Island, in the southern Kaafu Atoll.

A number of his security personnel had arrived ahead, and reportedly, his luxury yacht was also brought before his arrival on Sunday afternoon.

Gates has visited the Maldives several times before; earlier in the month, he had also met with Maldives’ Minister of Environment and Energy Thoriq Ibrahim at the One Plane Summit held in Paris, co-hosted by France, the World Bank and the United Nations.