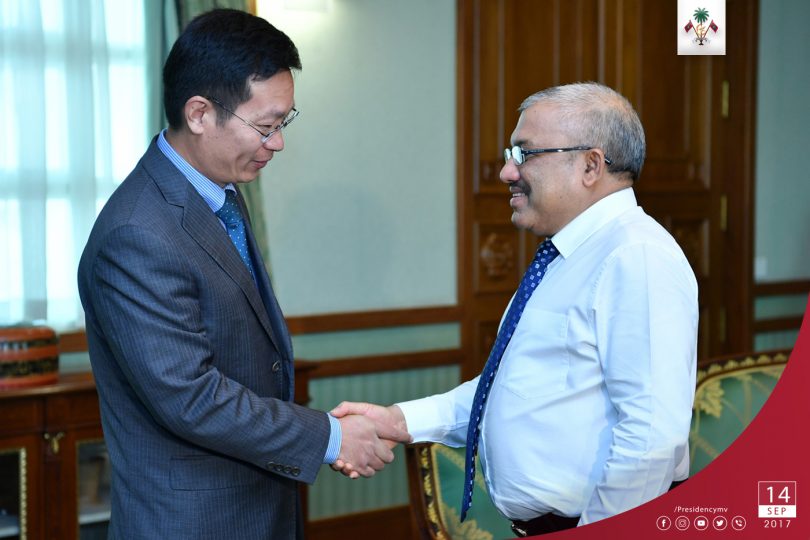 The new Ambassador of the People’s Republic of China, H.E. Zhang Lizhong, has paid a courtesy call on Vice President Abdulla Jihad, this morning at the President’s Office.

During the call, the Vice President emphasized the excellent relations between the Maldives and China and noted that the state visit made by the President of China, H.E. Xi Jinping in 2014 enhanced the existing cooperation between the two countries. He further expressed his confidence in strengthening the relations to new heights in the coming years and conveyed assurances that the Maldives will provide full support to China to achieve this goal.

Moreover, the Vice President and Ambassador discussed areas of mutual interest that could be further expanded including health cooperation, education and training, safe-guarding the welfare of Chinese tourists, enhancing people to people engagement.

The Vice President was accompanied at the meeting by the Minister of State at the President’s Office, H.E. Mohamed Naseer and Secretary, Bilateral at the Ministry of Foreign Affairs, H.E. Ahmed Khaleel.