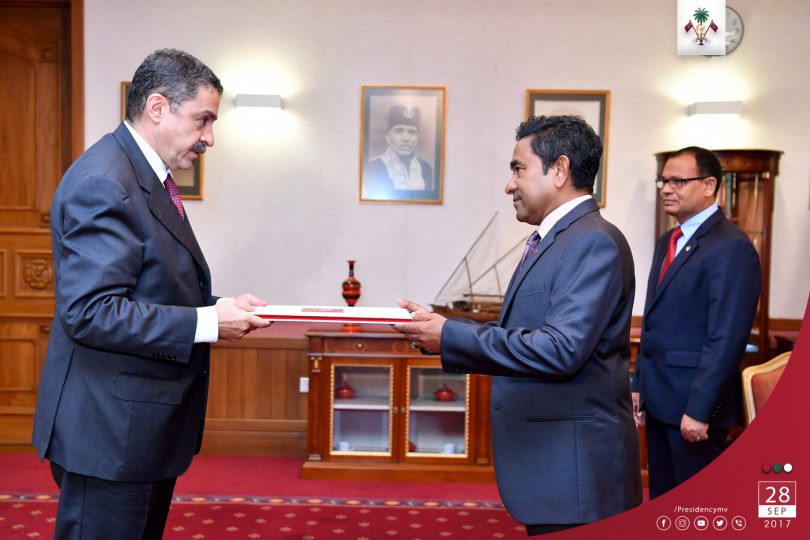 The Ambassador of the People’s Republic of Turkey, H.E. Şakir Özkan Torunlar, presented his Letter of Credence to President Abdulla Yameen Abdul Gayoom, this morning, at the President’s Office.

During the call, the President welcomed the Ambassador to the Maldives and extended greetings and good wishes to the President of Turkey, H.E. Recep Tayyip Erdoğan. The President noted that the Maldives and Turkey have a long history of close relations and that the Maldives attaches high importance to its relations with Turkey. He also expressed sincere gratitude for the continued and strengthened cooperation between the two countries for the common interest of their peoples. The President further expressed appreciation for the leadership role being played by Turkey, especially by President Recep Tayyip Erdoğan, on issues confronting the Islamic Ummah today, and conveyed assurances of the full support of the Maldives to Turkey in its efforts to combat international terrorism and violent extremism. He noted that the Maldives welcomes more Turkish companies to explore investment opportunities in the Maldives, particularly in the tourism sector. The discussions that followed included exploring different areas of cooperation between the two countries.