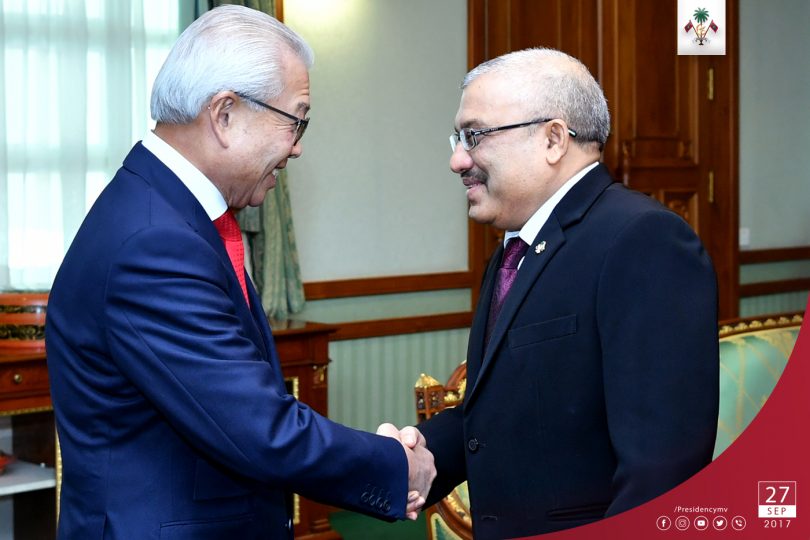 The Ambassador of Singapore, H.E. Chua Thian Poh, has paid a courtesy call on Vice President Abdulla Jihad, this morning at the President’s Office.

During the call, the Vice President noted that the Maldives and Singapore have enjoyed 42 years of excellent relations. He requested the Ambassador to convey on his behalf congratulations to the newly elected President of Singapore, H.E. Halimah Yacob. The Vice President also expressed his hopes that the existing bilateral relations between the two countries will further strengthen during the Ambassador’s tenure.

The Ambassador noted that investors are interested in investing in the tourism industry of Maldives.
Moreover, the Vice President and Ambassador discussed areas of mutual interest that could be further expanded.
The Vice President was accompanied at the call by Secretary, Bilateral at Ministry of Foreign Affairs, Mr. Ahmed Khaleel and the Under Secretary at the President’s Office, Uz. Fayyaz Shathir.