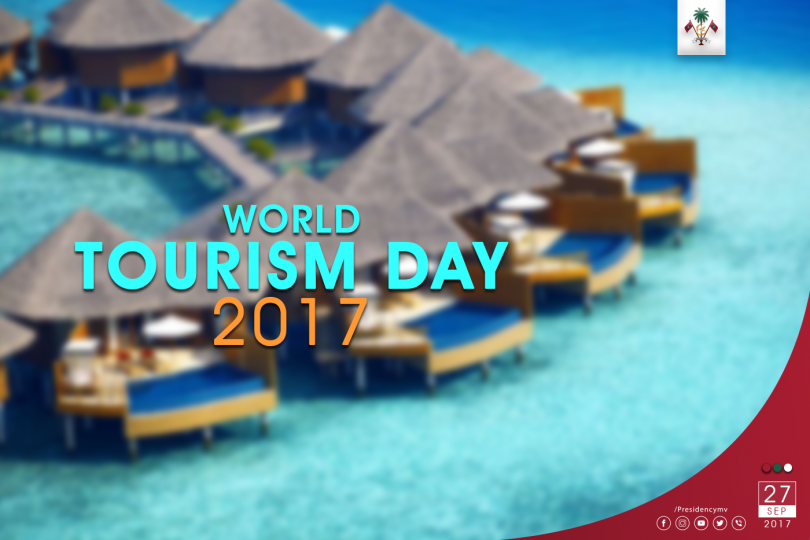 President Abdulla Yameen Abdul Gayoom has appealed to all Maldivians to work together in maintaining the good reputation achieved by Maldives in the tourism industry. The President made this appeal in his address issued on the occasion of World Tourism Day.

In his message, the President has commended the Maldives’ tourism sector for the numerous milestones attained in a short period, which he said that every Maldivian must celebrate with pride. The President has also underscored the various work being carried out by the Maldives Association of Tourism Industry (MATI) and private organizations in promoting the country’s tourism sector and expressed his gratitude to everyone contributing to the advancement of the industry.

Highlighting this year’s theme for World Tourism Day; “Sustainable Tourism – a Tool for Development”, President Yameen has pointed out the significance of the message for the Maldives, in promoting its tourism industry.

In his message, President Yameen has underlined the measures being taken by the administration in ensuring the most beneficial approach for the people, through the tourism industry. In this regard, the President has noted the administration’s commitment to encourage small and medium enterprises in the industry. Additionally, the President has expressed his hopes to inaugurate 50 resorts during his term, to cater for the increasing number of tourists visiting the Maldives.

Furthermore, the President has described transportation from one island to another as the major barrier in the expansion of the tourism industry, and noted that the administration has initiated foreign investment opportunities in establishing and upgrading domestic airports, in order to resolve the issue.