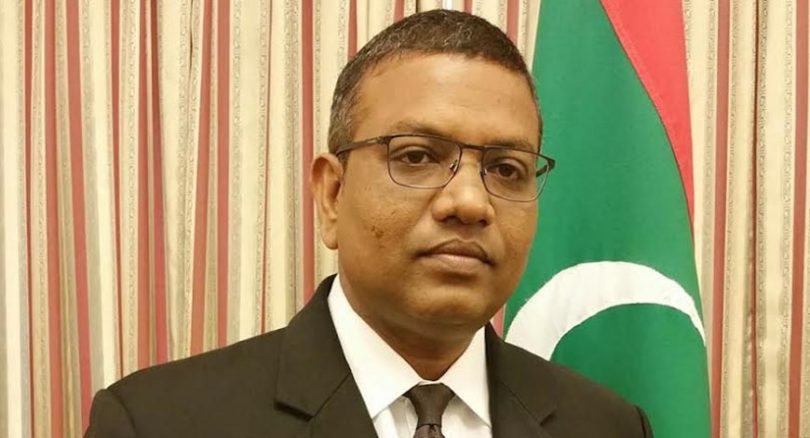 “The Maldives is among India’s closest partners,” PM Modi said while addressing the media after holding bilateral delegation-level talks with visiting Maldivian President Abdulla Yameen Abdul Gayoom in 2016 in Delhi. He further stated: “The stability and security of the Maldives are in the interest of India.” The significance is reiterated to reinforce the old ties that have seen the best of strategic and multiple collaborations in the past between India and Maldives. In the context of fast changing geopolitical dimensions, which is strongly felt in Asia, Maldives unequivocally revokes the old ties and puts ‘India First’ policy in the perspectives. “India, being the closest, both in terms of geographical distance and cultural proximity will always play a crucial role”, says His Excellency Ahmed Mohamed, Ambassador of Maldives to India. In an exclusive interview with Manish Kumar Jha of BW Businessworld, Ambassador dwelled upon a range of topics.

Q. Maldives has been the closet friend of India. What has been the strength of this relationship? Are those elements still intact?
Ambassador:  These are based upon the strong foundation and historical ties in the past.

These could be summed up as: Long historical ties much before both countries got independence; Common focus on stability in the Indian Ocean Region; Mutual goals of regional economic development, anti-terrorism stance, regional cooperation; and India’s willingness to respond to Maldives request for assistance at any given point of time.  And Yes!  these elements are still intact.

Q.  In 2016, in a statement President Abdullah Yameen announced the ‘India First Policy’. What are the elements that bind the ‘India First’ Policy of Maldives?
Ambassador: President Abdullah Yameen reinforced the statement. The statement dates to the time Maldives got independence. The elements are: Maldives places ‘India First’ in any diplomatic, economic or disaster relief situation of event; the first overseas visit of the Maldivian President is always to India as is the visit of every new foreign minister; All major developments projects that require external funding are first offered to India; and, it is ‘India First’ for all defence and security related assistance.

Q. Growing from modest beginnings, India-Maldives bilateral trade now stands at Rs.700 crores. What are the possibilities and areas of cooperation that can boost the trade between India and Maldives?
Ambassador: There are immense possibilities. Maldives imports from India food, construction material, consumer products. Rising GDP in Maldives increases demand for consumer goods and other articles from India.  Bilateral trade is poised to grow further while maintaining and extending existing line of credits from India

Q. Moody’s Investors Service has given the Maldives a B2 stable rating.  Can you elaborate on this?
Ambassador: This is indeed a very encouraging statement. For long, disgruntled Maldivian politicians in exile have been the harbingers of doom. While these decibels have been widely reported, the Maldives government, under the stewardship of His Excellency, Abdulla Yameen, President of the Maldives, has quietly gone about its promised agenda of economic growth. Much to the angst of the naysayers, Maldives’ GDP growth showed a Northward trend in 2016 with a 3.9 per cent year-on-year growth from a 2.8 per cent increase in the previous year. Even last year, in September 2016, Moody’s Investors Service had assigned first-time local and foreign-currency issuer ratings of B2 to the Government of the Maldives. The rating outlook even then was stable.

Q. You have also served as the Minister of Economic Development of the Maldives, as such to what would you attribute this stable rating.
Ambassador: Like I mentioned earlier, the Government of Maldives has focused on the economic development of the country. In May 2017, Fitch Ratings had assigned The Republic of Maldives first-time Long-Term Foreign- and Local-Currency Issuer Default Ratings (IDRs) at ‘B+’. The outlook on the ratings, even then, was stable. Fitch, in its report, even then had mentioned that real GDP growth was expected to pick up to 4.0% in 2017 and 4.5% in 2018, from 3.9% in 2016, due to continued tourism demand and construction. The government’s focus on public spending on infrastructure has under the Public-Sector Infrastructure Program, committed nearly $1.5 billion or close to 30 per cent of the projected 2019 GDP to large projects.  There have been concentrated attempts to broad-base the economy and a steady reduction in fiscal deficits.

Q. Can you talk about some of the measures taken that contributed to the ratings and the overall health of the economy?
Ambassador: As a first step towards this in September 2014 the Special Economic Zones Law was passed. This was done with a view to give stimuli to business like finance, transport, logistics and shipping, through tax incentives as well as to solicit private capital for large scale government priority projects. Tourism related enterprises were expected not to exceed 20% of businesses in these zones. The government has ambitious plans to shift the dependence on fossil fuels for electricity generation. The World Bank is a major supporter of this initiative.  One such project currently under implementation is the Clean Energy for Climate Mitigation Project under the Maldives Climate Change Trust Fund (CCTF) program. This program helps many island communities to integrate clean energy generation with the diesel generated electricity, thereby reducing the consumption of fossil fuel and ultimately reducing outflow of foreign currency.

Q: Maldives has shown credibility in terms of health and women empowerment. Could you shed some light on these elements?
Ambassador: Maldives spends 9% of its GDP on health, which if I am not mistaken, is the highest in the region. For example, the entire population is covered by a free National Health Insurance program. Every inhabited island has a fully functional primary health center that has access to sea ambulances for quick evacuation of patients needing specialized care.  Last month, WHO South-East Asia Region conferred upon the Ministry of Health Maldives the Excellence in Public Health award. Maldives also has 25 sea ambulances to transport patients or doctors. Maldives is declared free of measles and malaria.

Maldives is committed to the principle of gender equality and supports various national and international commitments. It is to be noted that the Constitution of the Maldives guarantees equality between men and women, and gender mainstreaming has been enshrined as a national policy.
Gender equality is one of the focus areas of the present government. The government has set a goal to ensure that at least one-third of all the board members are women in the state-owned companies. Women are employed in and take an active part in government. Many senior bureaucrats are women. Women hold ministerial posts in the cabinet. As I mentioned earlier, the national policy on gender mainstreaming is integrated in various policy, planning and budgeting.

When we talk of development in the Maldives, China does figure in the forefront. Do you think India needs to be concerned?
Ambassador: Time and again the Government of Maldives has on different platforms in India, stated that the country has an ‘India First’ Policy. This is not something new, but has been there for decades. The India First policy has been a convention since the time of President Maumoon and in October 2015 the India First Policy was reiterated, written and signed in as part of the Joint Commission as well. This Policy is reiterated and reassured in many of the high level bilateral engagements that we have held between both nations. And, India is and will remain Maldives closest friend. Having said that, I need to state that during the course of achieving its development agenda, Maldives will engage in dialogue with all its bilateral partners and neither of the partners need to be wary of the other’s role in the development of Maldives.  India, however being the closest, both in terms of geographical distance and cultural proximity will always play a crucial role.

Maldives has played a crucial role in the position which sends the message of peace and co -existence in Indian Ocean. In the fast-changing geopolitical landscape, is Maldives ready to strengthen and play crucial role of a nation -though small in size- but a significant enough to be the harbinger of peace and prosperity in the region?
Ambassador:  It is certainly the matter of pride that Maldives has been playing the role of peace keeper despite the few challenges on our way. Maldives plays an important part in the regional geo-politics. Maldives along with India and Sri Lanka conduct exercises ensuring safety in the region. Maldives is an integral part of any Indian Ocean Region stability initiative. Geographically, Maldives is in the main maritime transport channel, hence critical to maritime security.

We shall continue to uphold and abide by the international laws and treaty in the region. And, we sincerely believe that other stakeholders will do their best and take necessary steps to keep the place safe and secured.

Disclaimer: The views expressed in the article above are those of the authors’ and do not necessarily represent or reflect the views of this publishing house. Unless otherwise noted, the author is writing in his/her personal capacity. They are not intended and should not be thought to represent official ideas, attitudes, or policies of any agency or institution.