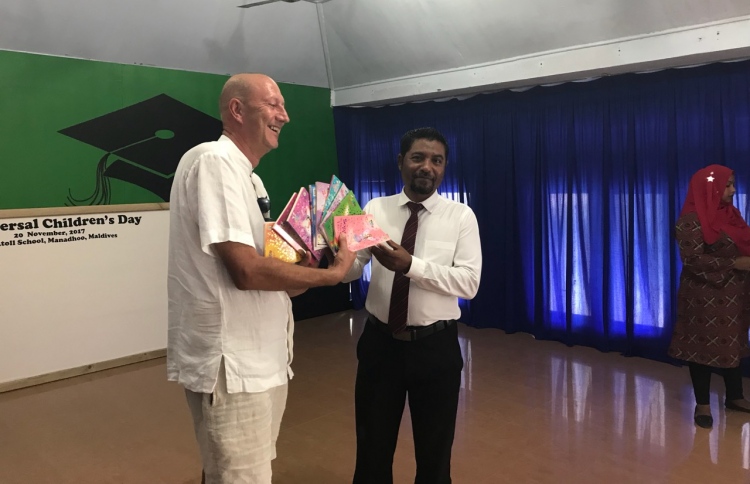 Soneva Jani resort made a generous donation to Noonu Atoll School on Monday on the occasion of Children’s Day.

The five-star luxury resort presented books and sports equipment to the school at a special ceremony held on campus, located in the island of Manadhoo. The donations were presented by Soneva Jani’s general manager Andrew Whiffen and they were received on behalf of Noonu Atoll School by its principal Abdulla Eesa.

Soneva Jani’s human resource manager Ahmed Shahid stated that the donations were made under the resort’s corporate social responsibility (CSR) programme. He revealed that Soneva Jani plans to make donations, of whatever materials or equipment most needed by Noonu Atoll School, in each quarter.