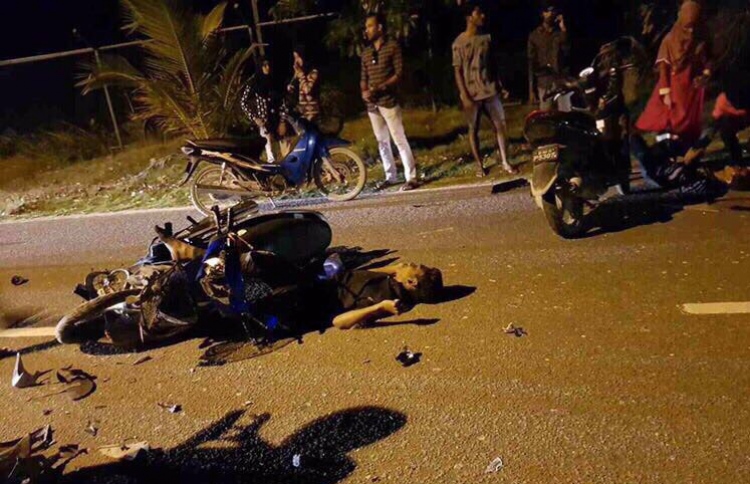 A crushed motorcycle after a crash in Fuvahmulah. PHOTO/SOCIAL MEDIA

A minor was killed and two others severely injured in an accident that occurred in Fuvahmulah late Monday.

According to the police, the accident took place near the island’s domestic airport when two motorcycles crashed into each other.

Mohamed Mutheeu, 17, died from a serious head injury. Mihaaru understands that he had also broken several bones. He was buried at dawn on Tuesday.

People gathered at the site of an accident in Fuvahmulah. PHOTO/SOCIAL MEDIA

A 16 year old boy and 19 year old man were also severely injured in the accident. They were first hospitalized in Fuvahmulan and have since been brought to capital Male for further treatment.

Police reported that the two are in serious condition, with injuries to their faces and heads.