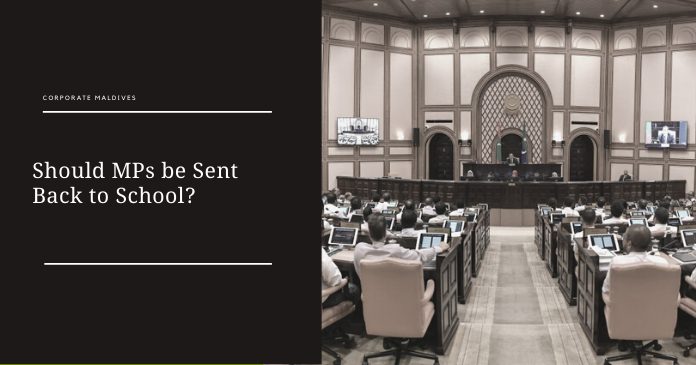 In many developed countries, politicians and lawmakers carry with them an impressive educational background and experience. For example, 95% of the members of the United States Congress and 90% of British MPs have a college degree.

MPs must be capable of comprehending, reviewing, analysing, critiquing, sanctioning, endorsing, ratifying and passing a multitude of laws, policies and documents. The decisions made in the parliament have an impact on hundreds of thousands of lives. It is important that the laws passed are for the best of the country, its people and the economy.

If we’re looking at examples, in Australia, between 2013 and 2015 there was a prime minister who was also experienced in journalism, management, and political advising and who became worldwide popular. Tony Abbott earned Bachelor of Economics and a Bachelor of Laws degrees from the University of Sidney (Australia). The politician also attended The Queen’s College (Oxford, UK) as a Rhodes Scholar and he earned a BA in Philosophy, Politics, and Economics and later an MA degree.

Speaking on rectifying inequality, Warren Buffett recently highlighted how the United States had wasted half of the talent over the hundreds of years. If people were given equal rights, both male and female, regardless of their race, the country’s performance would be improved greatly.

In the Maldives, women are not restricted to take part in elections. In fact, in the Parliamentary Election of 2019, 35 female candidates from the 87 constituencies competed and only four females won the seats of Parliament. Regardless of the equal opportunity given, we wonder why many of the lawmakers in the country do not have a proper educational background. Is this not important?