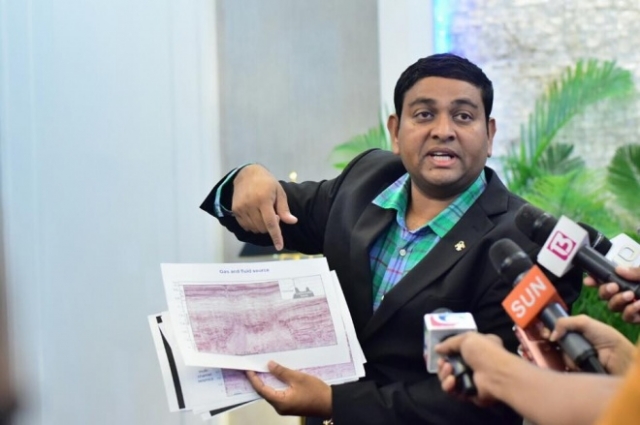 The pledge in the government manifesto to guarantee fuel for all has been fulfilled, says Minister of Fisheries and Agriculture, Dr. Mohamed Shainee.

Ruling Progressive Party of Maldives (PPM) pledges in its manifesto to launch efforts to find fuel in the Maldives region.

It was also pledged to build at least four fuel bunkers in the North and South of Maldives, and buy and store fuel when prices go down in the global market.

“The presidential pledge has been fulfilled. The pledge says that if there’s fuel in the Maldives, all efforts will be carried out on discovery. We have done this. This is something very technical,” said Shainee, in an interview on the Television Maldives show “Zinmaa”.

Shainee, who has been put in charge of the government fuel project, said that the fact that Maldives had fuel sources has been proven beyond doubt, and has been written about in scientific journals.

He said the government did not pledge to start drilling for fuel within five years, and that it was an impossible feat.

“Fuel cannot be extracted within 5 years. The period between exploration and extraction; this hasn’t been done anywhere in even 10 years… I assure the people we will look into everything fuel related,” said Shainee.

He said that work to extract fuel will be launched later this year or the next year.