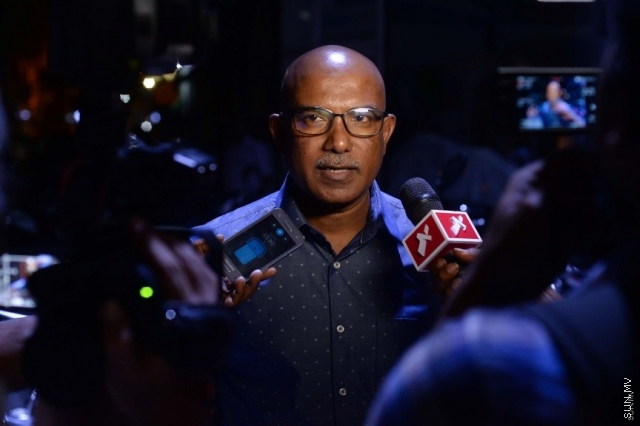 Secretary General of Jumhooree Party, Ahmed Sameer has been summoned to the police again.

After being arrested near the Jumhooree Party hall at Maafannu Kunooz on 16 August 2017, he was released after a the court set some conditions on him. But police have summoned him before to take statements in their investigation.

The Jumhooree Party Secretary General said that he was been ordered to appear at the police station at 5 p.m. tomorrow in relation to his arrest near Kunooz.

Sameer was originally arrested while giving an interview to Raajje TV inside Maafannu Kunooz after refusing the orders from the police to disperse.

The court released him after setting conditions to cooperate with the police investigation and giving a valid contact number for him to the police along with not engaging in criminal behaviour.