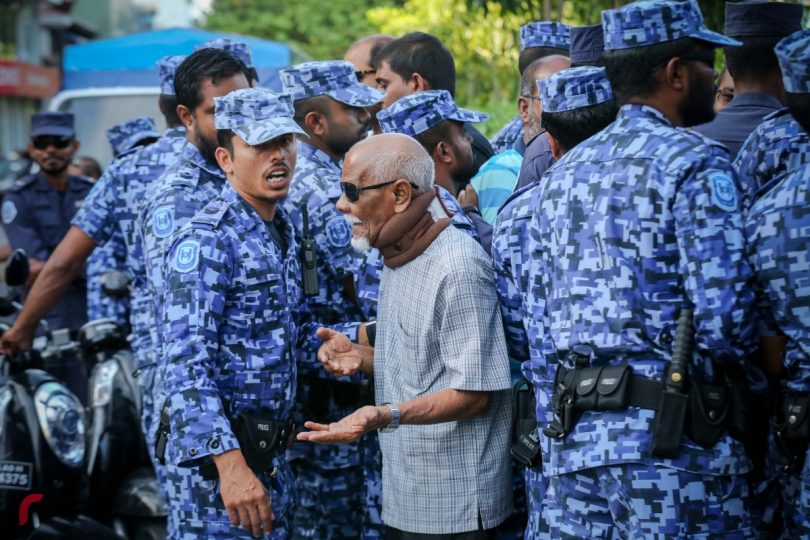 Shahindha commented on the status of Maldives’ separation of powers while speaking to Raajje Television’s ‘Fala-Surukhee’ program — Photo by: Mohamed Sharuhaan

Maldives has backtracked alarmingly in its democratic gains and the current government has blatant concentrated control over state powers, said Shahidha Ismail, Executive Director of the Maldives Democracy Network (MDN).

Shahindha commented on the status of Maldives’ separation of powers while speaking to Raajje Television’s ‘Fala-Surukhee’ program, where she also said that there are several obstacles to acquiring acceptable standards of human rights and freedoms.

She further said that recent court verdicts and actions of law enforcement specifically reveals how most laws regarding rights and freedoms act to restrict and not regulate actions of the public.

“The constitution provides local courts with tremendous authority, the situation in the Maldives today is one where instead of acting independently of each other, they are negotiating ways in which to attain their own interests” she said.

Shahindha had also elaborated on her statement that the judiciary was within government control, by saying that many judges who question the tactics and policies of those in the executive branch are either bribed, removed from office, and threatened.

“Supreme Court judgements are conventionally very detailed and clear, it is alarming that the court would make a judgement that is unclear or leaves room for doubt – it goes to show how much duress those in the legal profession are under” she continued.

She went on to say that the primary instrument through which judges are often ‘put in line’ by the executive branch is their control over statutory bodies – in this regard, the Judicial Services Commission, the judicial watchdog.

Shahindha said that Maldives had achieved its democratic gains in the past decade through the perseverance and endurance of the common people, and called on those in office to fulfill their ‘obligations’ to them.