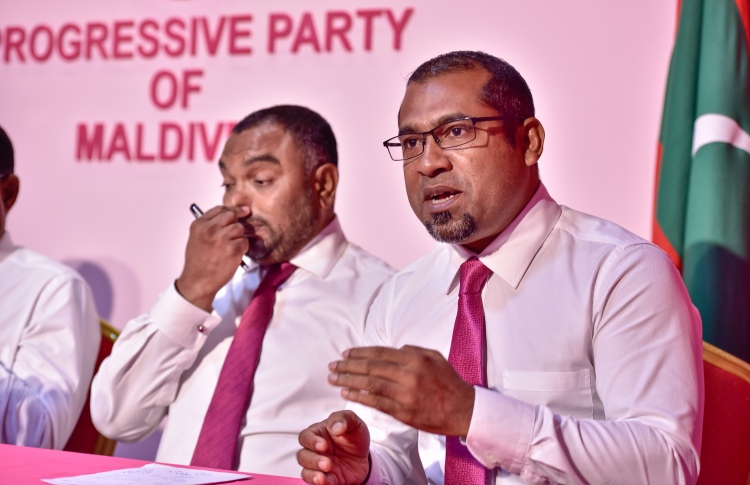 In a series of tweets, the lawmaker of Nilandhoo constituency claimed to have received information that the opposition is seeking the aid of mercenaries should they fail to impeach President Abdulla Yameen via the parliament.

His accusation comes amidst heightened tensions between the ruling coalition and joint opposition, with heated verbal fights breaking out between the opposition lawmakers during the last few parliament sittings.

MP Khaleel further declared that self-exiled former President Mohamed Nasheed, who is one of the leaders at the helm of the joint opposition, is very worried over the growing support of lawmakers for the president.

Proclaiming that Nasheed has been pleading parliamentarians for their participation in the opposition’s work to topple the government, MP Khaleel added that Nasheed has once again described the Islamic scholars in the Maldives as “terrorists” during his current trip to India, just as he had done before during his presidency.