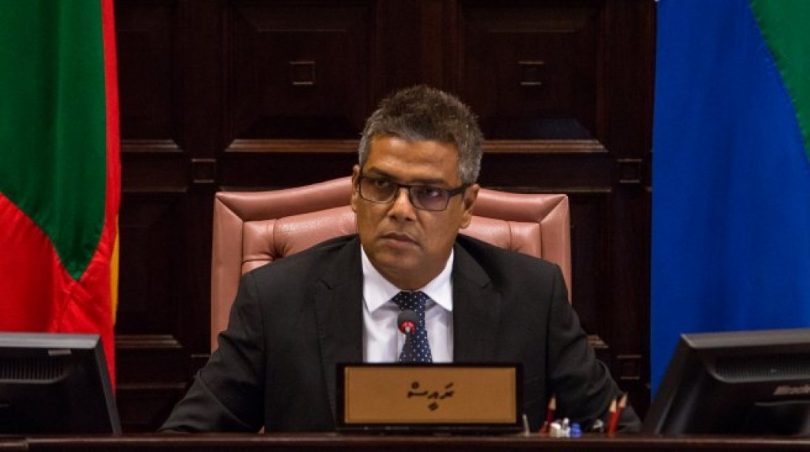 The government of India will not interfere in the civil affairs of Maldives, says Deputy Speaker of People’s Majlis, Hulhu-Henveyru MP Reeko Moosa Manik.

Reeko said India had close ties with Maldives and current Maldivian President Abdulla Yameen Abdul Gayoom. He said India considered the safety and security of Maldives a priority, and that it had never interfered in civil affairs of the country.

Reeko’s comments come after former Maldivian President Mohamed Nasheed said in an interview to Indian newspaper, The Wire that the Indian government has lost its confidence in President Yameen, and that India held great sway in Maldivian politics.

Reeko accused Nasheed of attempting to pull Maldives into the conflict between India and China. He said Nasheed has because a huge nuisance to entire region.

Nasheed was in India to partake in a seminar on South-South cooperation by the Research and Information System for Developing Countries (RIS) – an autonomous think-tank of the Ministry of External Affairs of India, when he gave the interview to The Wire.

In his interview to The Wire, Nasheed said that he believed the invite to him to join the seminar was a “signal” from the Indian government towards its dissatisfaction with President Abdulla Yameen Abdul Gayoom.

“It must be. There is no other you could read it. You have to be blind not to be able to read [the signal]. I would be meeting [here] the officials and lot of Indian friends that I have. And this is the kind of reaction that mature democracies would have on the situation,” said Nasheed.

He then commented that the Indian government played a role in his escape from prison in Maldives.

Nasheed was sentenced to 13 years in prison for the unlawful detention of former Chief Judge of Criminal Court, Abdulla Mohamed (Abdulla Gaazee) in 2013, during his presidency.