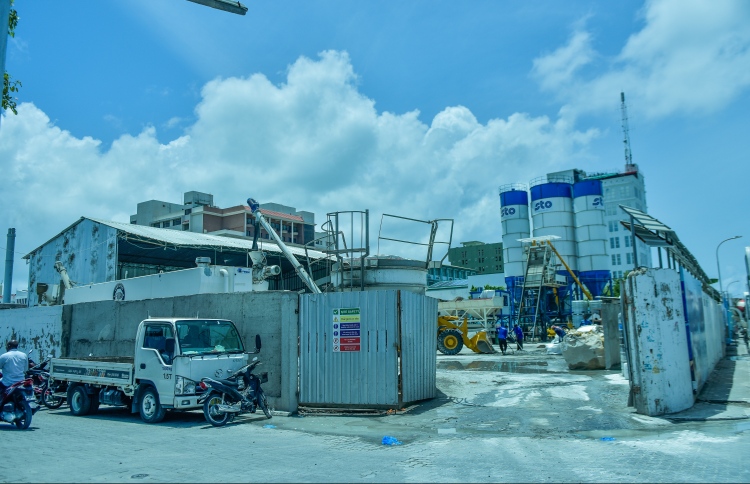 The State Trading Organisation (STO)’s ready-mix concrete factory used to be, which is up for sale —

Ministry of Housing and Infrastructure on Monday announced that no bids for the new plots of land in Male were presented at the time of the bid closing.

The housing ministry had announced 19 plots of land in prime locations in Male earlier in August.

The land is to be sold for MVR 15,000 per square feet. The total value of the new plots of land up for sale is approximately MVR 792 million.

According to a spokesperson from the ministry, no interested parties had submitted proposals for the new plots of land at the time the bid closed on August 27.

As soon as any proposals are submitted, it will be announced on the ministry’s noticeboard, and on its website, he had said.

Other areas for sale are some land on the outermost Boduthakurufaanu Magu of Male, which includes: six plots of land on the now-cleared, former waste disposal site in Male, and 10 plots to the west of Villa College, where State Trading Organisation (STO)’s ready-mix concrete factory used to be.