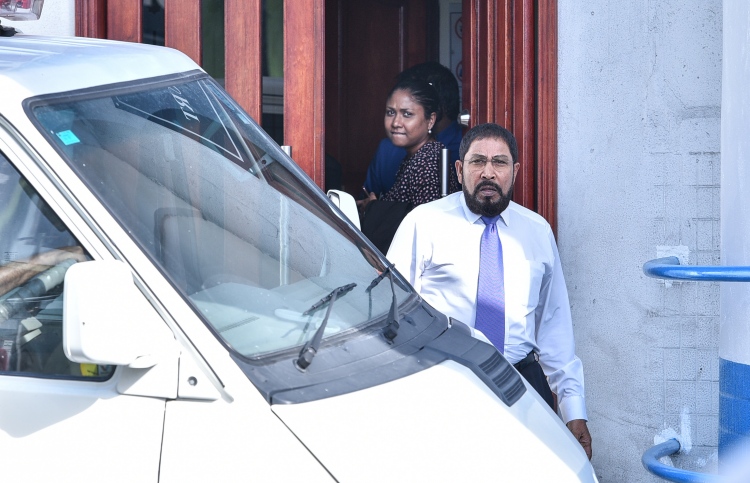 The former Maamigili MP’s legal team had announced their decision to appeal his jail sentence of three years, two months and 12 days at the High Court, on Thursday.

Qasim was sentenced by the Criminal Court on August 25 for comments he had made at a JP rally on March 26, where he had promised special allowances and “all that can be done” to re-elect the parliamentarians who vote in favour of the opposition-lobbied censure motion against the parliament speaker Abdulla Maseeh.

The opposition leader had lost his parliament seat with the hefty sentence.

Qasim is currently in Singapore on a 10-day medical leave after being hospitalised in the state-run Indira Gandhi Memorial Hospital (IGMH) for weeks after his sentence, due to cardiac irregularities.

Qasim had to be rushed to the hospital a total of four times during his prolonged trial.

In his sentence, the court had ordered the state to make preparations to send Qasim abroad as soon as possible as doctors who treated the local business tycoon in capital Male had also advised the authorities that he is in need of a heart surgery that is not available in the Maldives.

Meanwhile, Qasim’s son Yaqsan Qasim on Saturday appealed to the Commissioner of Prisons Ahmed Shihan via a letter to extend his father’s medical leave for three months, till December 2017.

His doctors in Singapore had also informed in writing that Qasim needs several procedures done, including an angioplasty, and that it will take up to three months for him to fully recover.