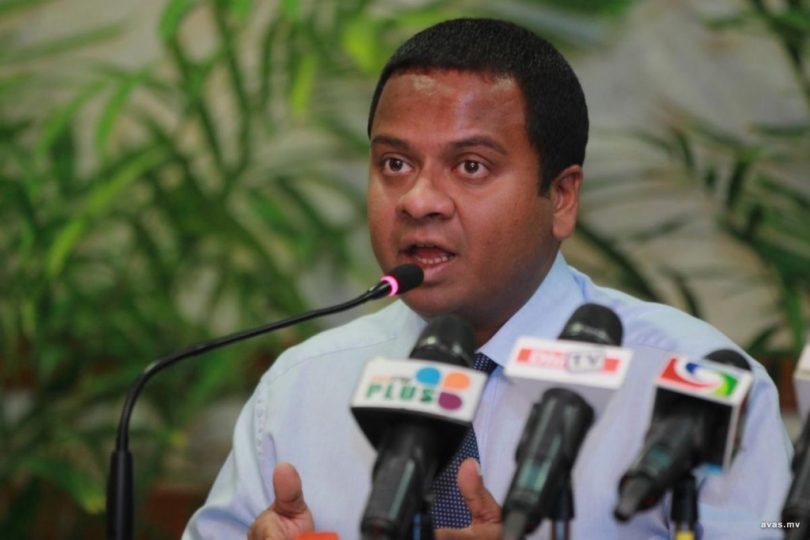 The recently appointed Ambassador to Sri Lanka Mohamed Hussain Shareef (Mundhu) said that should the self-exiled former President Mohamed Nasheed (Anni) frequent Lanka – he could be apprehended and returned back to Maldives, pointing out the strong possibility of executing it.

While deliberating during SunTV’s “50 Minute” program on Sunday night, Mundhu affirmed he would personally execute any course of action in apprehending the former President should an official warrant on him is issued by the state.

While Mundhu has claimed that he would spearhead such a manhunt on the self-exiled former head of the state, Nasheed sought sanctuary from the UK and currently live under their haven.

The Ambassador said that while he had not officially taken up post, upon commencing work he would not only “bag and tag” the former President to Maldives, but any local who had fled Maldivian authorities and are in hiding.

Meanwhile opposition had urged the parliament sitting where Shareef’s name was approved as the new Ambassador to Lanka violated ethics and regulations and therefore he is not legitimate to the designation – adding this detail would be disclosed to Lankan authorities.

Mundhu countered these claims by the opposition last night when challenged stating both Lanka’s President Maithripala Sirisena and Vice President Ranil Vikramasingha are well acquainted with him.