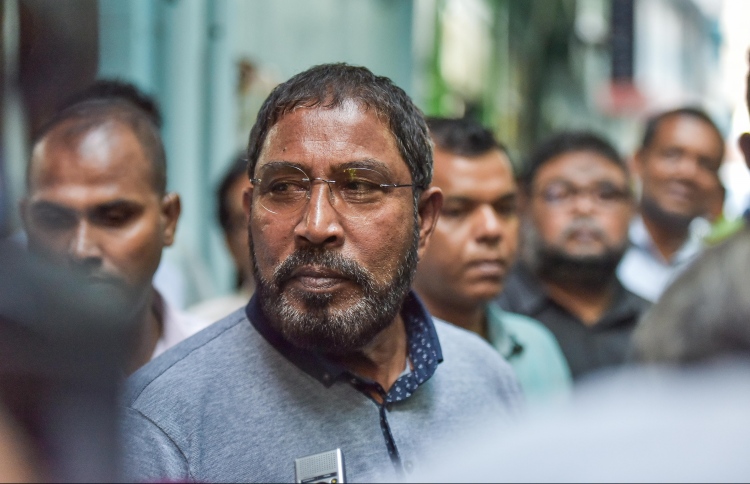 Opposition Jumhoory Party (JP)’s leader Qasim Ibrahim is prepared to comply with the government’s request and return back to the Maldives, despite his doctors’ recommendation to stay until he recovers, his lawyers said on Monday.

Maldives Correctional Service (MCS) on Sunday said that Qasim will have to return back to the Maldives on Tuesday when his leave expires.

However, the former Maamigili MP’s lawyer Hussein Shameem revealed that Qasim had undergone a “serious surgery” and that he is not fit for travel yet. His doctor has even given in writing his recommendation for Qasim to remain hospitalised till he fully recovers, Shameem added.

“Qasim’s treatment is not over yet. He has a follow-up appointment of his surgery on the 27th of this month, and he still has a few more tests pending. He was heavily medicated when the doctors initially ran the tests, so he needs time to flush it out of his system before they can run more conclusive the tests again,” Shameem said.

He further revealed that Qasim, who will face a hefty three-year, two-months and 12-day prison sentence when he return, has already purchased his return ticket to the Maldives and is preparing to come back.

Qasim was initially given a 10-day medical leave on September 6; however, his family had immediately appealed for an extension of three months, till December 2017, after they had consulted with his doctor. MCS had at first refused the leave extension, until his lawyers filed the official medical documents, including letters from Qasim’s physician explicitly stating that his condition is critical.