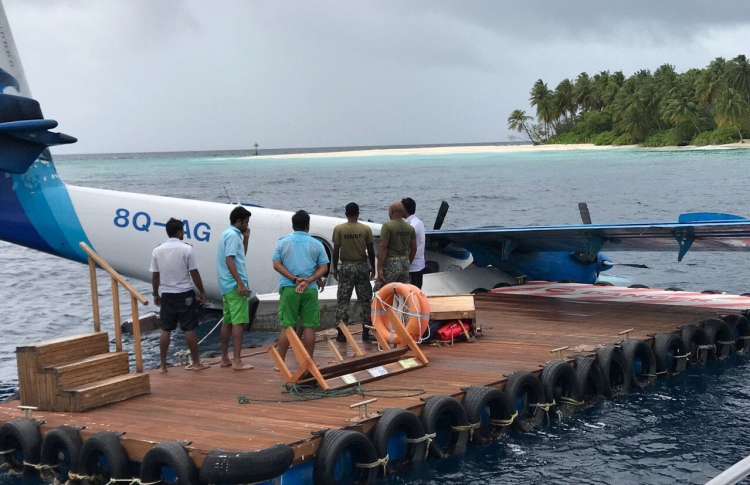 The seaplane of Maldivian after it lost its pontoon during take-off from Dhoores Retreat Resort.

Civil Aviation Authority has launched a probe after a seaplane of the national carrier, Maldivian, lost a pontoon during take-off from Dhoores Retreat Resort early Thursday.

According to Abdul Haris, the managing director of Maldivian’s operator Island Aviation Services (IAS), the pontoon fell off after it caught on an unspecified object while the seaplane was speeding up for take-off at around 9:30 a.m. The accident had caused the seaplane to slightly keel over on one side, its cockpit submerging into the sea.

However, none of the 15 people onboard was injured, assured Maldives National Defence Force (MNDF)’s information officer, Ibrahim Azim.

MNDF soldiers had rushed to the scene to haul the seaplane out of the water.