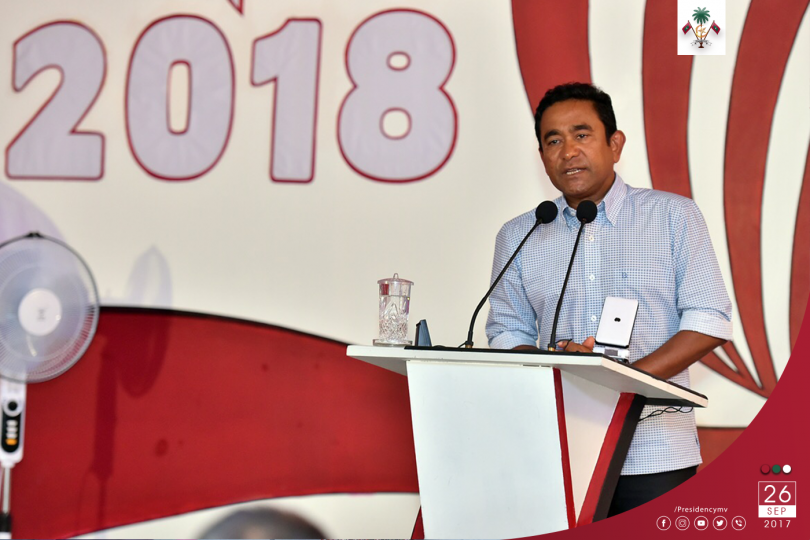 President Abdulla Yameen Abdul Gayoom has called upon all Maldivians to work united towards common goals and aspirations, for a prosperous future. The President made this remark while addressing the gathering this evening, at the function organised by the Progressive Party of Maldives.

The President was accompanied at the function by First Lady Madam Fathimath Ibrahim. The function was held in Villingili Island, North Huvadhoo Atoll.

In his speech, the President stated that the Maldivian vision must be towards transforming the country into a thriving and prosperous one, where the people remain steadfast in the Islamic faith, are resolute, and hold on to our own values. He also underscored that all Maldivians must assure that the country was free from outside influence.

Speaking to the residents of Villingili, President Yameen stated that one should be able to keep their differences aside and work together for the betterment of the country. He also said that he was ready to work with the opposition in this manner and shed light on the fact that the administration has invited the opposition on several occasions, to engage in political dialogues.

Moreover, the President highlighted the developmental projects being carried out across the country, by the administration.