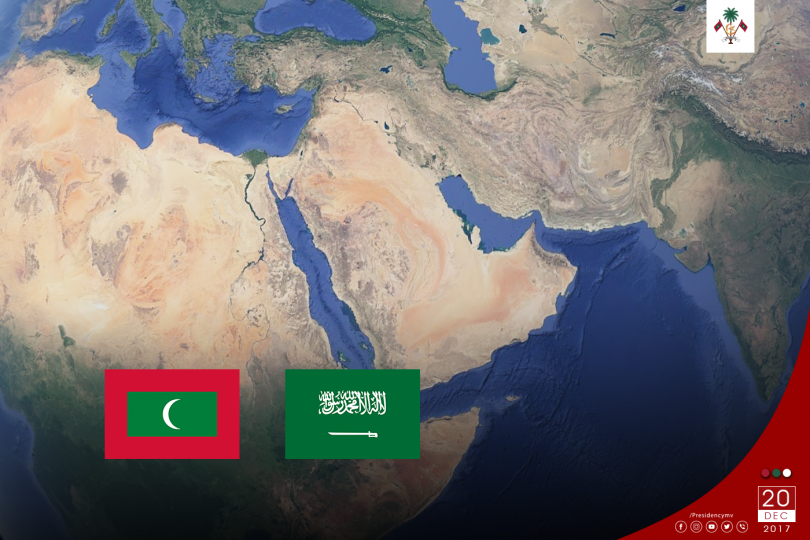 “I was deeply shocked and outraged to learn of the Houthi-led ballistic missile attempt targeted at Al-Yamama Royal Palace in Riyadh, putting many innocent lives at risk and posing irrevocable damage to resources and infrastructure in the vicinity.”

“During this time of national distress, the Government and the people of the Maldives join me in condemning this vile act of terror in the strongest terms.”

“Let me also convey to Your Majesty, the Government and the brotherly people of Saudi Arabia, our heartfelt sympathies and unwavering support, in our concerted counter-terrorism efforts to ensure peace, security and stability around the globe.”

“Please accept, Your Majesty, my personal best wishes for your good health and well-being, and the assurances of my highest consideration.”